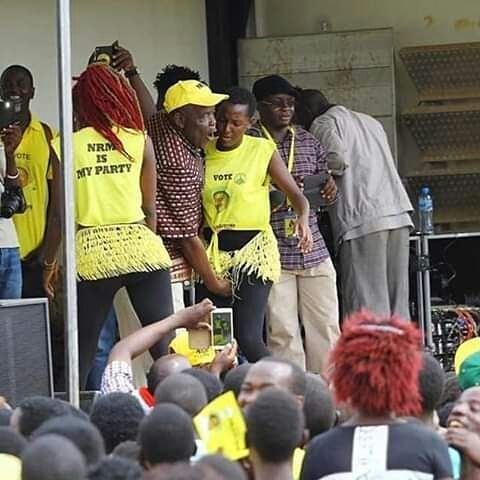 KAMPALA: The Chief of Defence Forces (CDF), Gen David Muhoozi, has authorised police to interrogate Maj Gen. Matayo Kyaligonza’s bodyguards and record statements from them as part of on-going inquiry into accusations of assaulting a female traffic police officer on Sunday as she was doing her job.

The two army officers were arrested and detained in Makindye Military Barracks.
Kyaligonza is Uganda’s ambassador to Burundi and also a member of the National Resistance Movement Central Executive Committee, a top organ of the ruling party.

“The medical forms for the victims have already been obtained. We are remaining with only three statements to submit the file to the resident state attorney for perusal and advice,” Mr Onyango said.

The investigations followed a video clip on social media showing Kyaligonza and two military police soldiers harassing Sgt Esther Namaganda, who had reportedly stopped them from making a U-turn in the middle of the road in Seeta, Mukono District.

The actions of the soldiers have been condemned by the security forces, Members of Parliament, including Speaker Rebecca Kadaga, and the civil society.
Detectives yesterday took Sgt Namaganda back to where the incident happened for the reconstruction of the scene.

The traffic officer told police days ago that Kyaligonza, an NRM historical slapped her.
Kyaligonza, however, said that the police officer insulted him and his aides and explained why his vehicle made a U-turn in the middle of the road, an incident that sparked off the confrontation.

The Maj Gen added that they were escaping from a chaotic scene after a motor accident ahead. The incident has made Kyaligonza trend on the traditional and social media, particularly reporters giving the readers and audience a flashback of Kyaligonza’s misdeeds over the years, including appearing to be sexually harassing a female dancer on the stage, as he pushed one of his fingers towards her private parts.