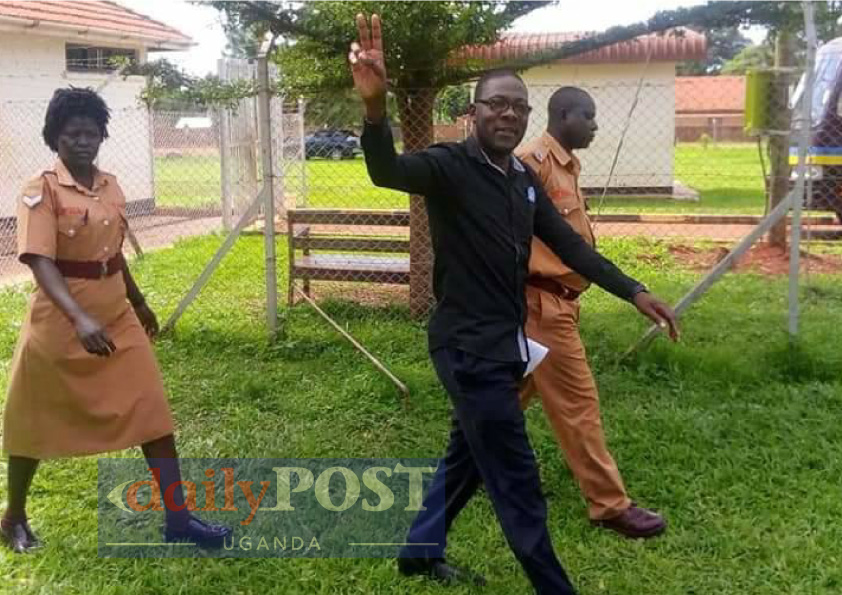 Lutaaya had been spent to Kirinya prison where he has spent four days.

This comes after a consent agreement between his legal team led by Erias Lukwago and Bulamogi County Kenneth Lubogo’s legal team.

Before his release he deposited a cash part payment of Shs 10 million out of the Shs 57 million.

He is supposed to clear the balance in a six months’ time.

Clad in a black shirt and a black pair of trousers, Muyanga Lutaaya was led to the court room by prison warders.

Shortly after, the judge, Eva Luswata called the session into order.

She encouraged both parties to enter into a consent agreement and furnish her with the already signed paperwork which they did.

Muyanga Lutaaaya thanked all the people who contributed for him to raise the money he deposited as part payment.

Early this week a committee dubbed “Save Simon Muyanga Lutaaya from jail”, comprising of six members; Asuman Kiyingi the former State Minister for Works asthe Chairman, Luganda Mutyaba as the Vice Chairperson, Salamu Musumba as the treasurer, Kungu Ahmed as the Publicity, Joseph Tamale Mirundi and Sam Ibanda Mugabi as members, was formed to raise Shs57m out of Shs300m that was slapped on him as costs.