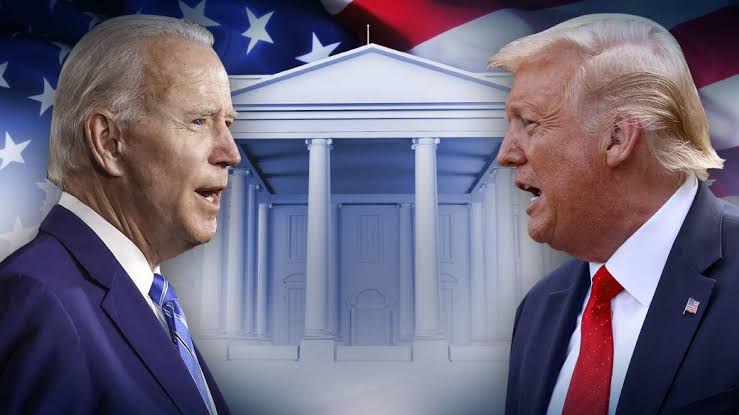 President Trump on Thursday condemned Wednesday’s “heinous attack” on the Capitol by his supporters and called for healing.

“Like all Americans, I am outraged by the violence, lawlessness and mayhem,” Trump said, adding that he had “immediately” deployed the National Guard.

“Emotions are high now, but tempers must be cooled and calm restored,” the president continued. “We must get on with the business of America. My campaign rigorously pursued every legal avenue to contest the election results. My only goal was to ensure the integrity of the vote.”

“My focus now turns to ensuring a smooth, orderly and seamless transition,” Trump said, acknowledging that “a new administration” would be inaugurated Jan. 20. “This moment now calls for healing and reconciliation.”

He noted the struggles ahead mitigating the coronavirus and rebuilding the economy, calling for unity. “It will require all of us working together. It will require a renewed emphasis on the civic values of patriotism, faith, charity, community and family.”

“To the citizens of our country, serving as your president has been the honor of a lifetime,” he continued. “To my incredible supporters I know you are disappointed … our incredible journey is only just beginning.”

After vowing at the “Save America” rally in Washington Wednesday he would “never concede,” Trump promised on Thursday to offer an orderly transition, despite his grievances, after Congress certified the Electoral College results in favor of President-elect Joe Biden.

Between the president’s rally speech and Congress’ certification, chaos broke out at the Capitol when pro-Trump rioters breached security to wreak havoc inside the building — in some instances defacing the space and stealing property — prompting lawmakers in the joint session to go into hiding.

Republicans, even staunch Trump allies, spoke out against the president’s response to the riots and continued election challenges.

On Wednesday evening, Trump tweeted out a statement: “These are the things and events that happen when a sacred landslide election victory is so unceremoniously & viciously stripped away from great patriots who have been badly & unfairly treated for so long,” Trump tweeted. “Go home with love & peace.”

He added: “Remember this day forever!”

Before that, he posted a video message to Twitter, addressing supporters, saying: “I know your pain, I know your hurt.”

“We had an election that was stolen from us,” Trump said from the White House. “It was a landslide election and everyone knows it, especially the other side.

“This was a fraudulent election, but we can’t play into the hands of these people,” Trump said. “We have to have peace.”

Twitter suspended the president for the pair of tweets and removed them.

Museveni is at his weakest, I will defeat him decisively – Tumukunde
East Africa to become a major medical cannabis export hub as Uganda cabinet stalls process