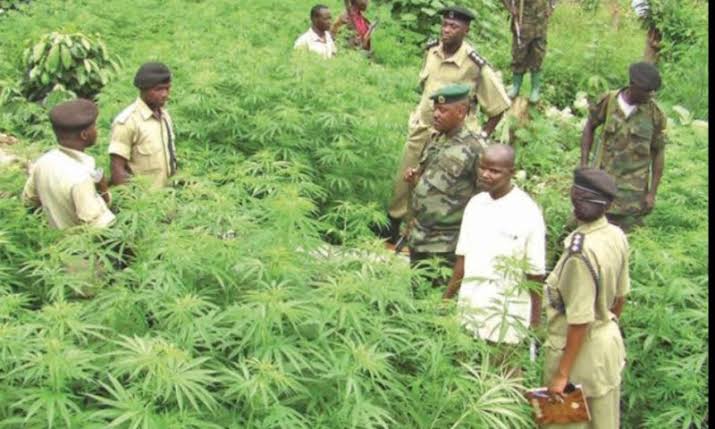 The Ugandan government in 2018 spent about $264,000 on the importation of quality cannabis seeds.
Share
Tweet
Share
Email
INVESTIGATIONS: The East African Countries could become a mass producer of medical cannabis for export to fast-growing markets in the West as intrigue and corruption threaten UGANDA’S chances.
This is after Rwanda on October 12 last year became the latest EAC partner state to approve medical cannabis production for export.
Tanzania and Kenya, which produce the largest amounts of cannabis in the region, are yet to legalise the commodity and so it is exported illegally.
Rwanda government officials said the decision to legalise the export of medical marijuana was based on the revenue potential for the country.”Some of these therapeutic crops can fetch around $10 million per hectare of production. Flowers fetch about $300,000 from one hectare, so economically it is a potentially good business for the country,” Clare Akamanzi, CEO of Rwanda Development Board said on Rwanda Broadcasting Agency.

The country has developed and approved the bloc’s first framework for cannabis export, and is now reviewing bids from interested investors.

However, this investment framework does not affect the legal status of cannabis consumption in Rwanda, which remains a crime and attracts two years in jail, while selling it is punishable by 20 years to life in prison.

“If you get a licence to grow these therapeutic crops in Rwanda, you will be required to have a strong security programme that has to be approved by our security organs,” Ms Akamanzi said.

The security measures include using CCTV cameras, watchtowers, street lights and human guards to ensure that the crop does not get to the local market.

Prior to the approval, Rwanda Development Board (RDB) invited companies to bid for the development of “medical cannabis” in Rwanda last year with a focus for the export. 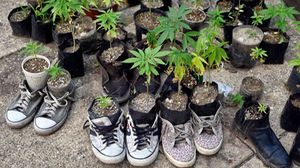 Cannabis plants outside the Senate’s building in Mexico City on September 30, 2020. Mexican Cannabic Movement has been demanding the legalisation of marijuana. PHOTO | AFP

In the region, Uganda has the most advanced guidelines for the production and export of medical cannabis, although it remains illegal in the country.

Uganda approved the guidelines for farming cannabis, requiring investors to have a minimum capital of $5 million as capital and a bank guarantee of $1 million to get authorisation to farm and export cannabis.

The country also secured buyers in Germany and Canada, while the European Union approved the country’s cannabis exports in 2019.

The Ugandan government in 2018 spent about $264,000 on the importation of quality cannabis seeds.

The country first registered a cannabis firm in 2012, Industrial Hemp Uganda Ltd to grow and develop cannabis exports. More firms have joined since then, including Israel marijuana company, Together Pharma, which has an agreement with Industrial Hemp to invest in its production for clients in Europe and America. 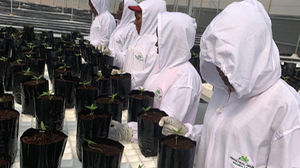 PM Ruhakana promised to get back to parliament with a response, which is yet to be done up to now.

But reports from a reliable source, indicate that a joint team was formed from Health and Internal Affairs ministries, and NDA to draft guidelines for the incoming companies to minimise the risk of diversion of medicinal cannabis.

Among the guidelines, was that marijuana farms/sites must not be located near schools, hospitals and residential areas and in case of any associates/business partners, the details must be disclosed to government, including site designs, a robust security system with access control systems and intrusion systems in place.

With approval from the President, the Health minister, Dr Jane Ruth Aceng, presented to cabinet the new guidelines and a confidential list of more than 100 companies and individuals seeking government permission to grow and export cannabis for medical purposes. However some powerful individuals have infiltrated and stalled Cabinet from discussing and approving the list of 15 guidelines for medical marijuana growing in the country before Parliament is briefed on the matter.

The new comers in Cannabis business have accused the few monopolists already in business for interfering with the process of legalizing medical Marijuana farming for fear of competition.

The Narcotic Drugs and Psychotropic Substances Act, 2015, allows cultivation, production and exportation of medical marijuana and mandates the Health minister to issue written consent for medical marijuana. However, Dr Aceng has since April last year kept the companies guessing due to absence of guidelines for the new industry.

Kenya has had hushed debates for decades over whether to legalise marijuana.

In 2018, former Kibra MP the late Ken Okoth tabled a Marijuana Control Bill in the National Assembly, for medical reasons. At the time, South Africa became the third country in Africa to legalise cannabis after Lesotho and Zimbabwe.

The Marijuana Control Bill 2018 sought to stop the decriminalisation of handling of weed as well as amnesty for those prosecuted for using or growing the plant. The proposed law also sought the proper regulation of the marijuana farming sector, arguing that the law would cater for the growers, traders and protecting minors once it was in place.

However, Okoth — who was suffering from cancer and testified that marijuana helped relieve his pain — died in July 2019 before the law could be passed.

After his death, Narok Senator Ledama Olekina took up the campaign to legalise cannabis for medical use.

“Why is it that we in Kenya are still stuck with the old way. If this drug reduces pain in cancer patients, why don’t we legalise it, what is so bad about it, we only live once,” said Mr Olekina in a video posted online.

But, majority of Kenyan politicians opposed its legalisation on the basis that over 162,000 children in Kenya below the age of 18 years use cannabis in school.

Although Tanzania has some of the strictest laws against cannabis and other illicit drugs in the region, the country is estimated to be one of the leading producers and exporters of cannabis products in Africa.

Researchers say that illicit drugs use is an increasing problem in the region, particularly for the youth.

In a 2018 concept paper titled Drug Use As A Hindrance To Socio-Economic Development In Rwanda, researcher Gonzague Isirabahenda said that illicit drug use is one of the biggest challenges facing young people in Rwanda.

“A big number of these young people eventually get addicted posing a threat to their own health and safety, while creating difficulties for their families and the public,” he said.

The UN estimates that around 38,000 tonnes of cannabis worth billions of dollars are produced annually in Africa and sold in the black market. 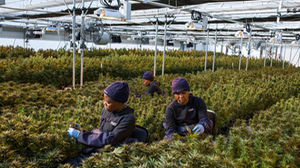 Women workers pick up leaves from cannabis plants inside a greenhouse of Medigrow, a Lesotho-Canadian company that grows legal cannabis, located near Marakabei, in Lesotho on August 6, 2019. PHOTO | GUILLEM SARTORIO | AFP

In the EAC, Tanzanians consume more cannabis than any of their peers, with up to 3.6 million Tanzanians using the drug in 2018, according to New Frontier Data, a research firm based in the UK.

In 2018, Africa recorded $37 million worth of cannabis consumption, which represents a small fraction of the $345 billion global markets for cannabis, according to New Frontier Data.

Prohibition Partners, a UK based research firm, said that the African cannabis market could reach $7.1 billion by 2023.