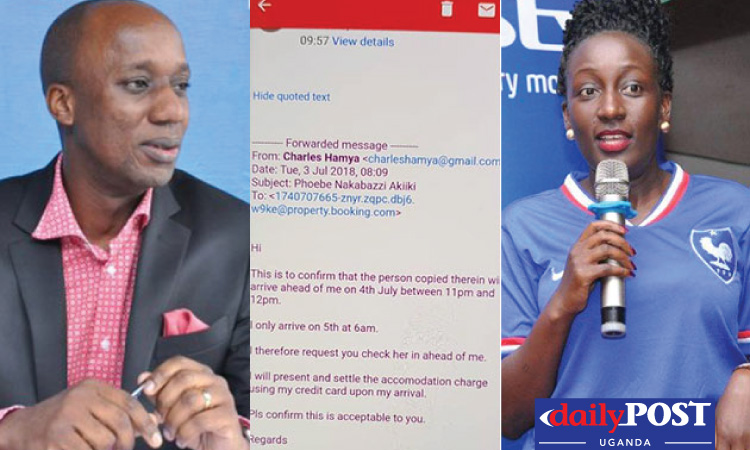 KAMPALA – A sex scandal is threatening to engulf Multichoice Uganda offices with a top official being accused of sexual molestation and adultery.

News reaching our investigations desk indicate that Multichoice General Manager Charles Hamya, has been exposed by his official wife for engaging in a secret love affair with a female workmate, Phoebe Nakabazzi, who initially worked for Uganda Breweries before joining the current employers.

Ms Crusid Matovu in an email to Multichoice staff on Thursday accused her husband Hamya and Nakabazzi who is the Dstv marketing manager of having extramarital affair since Nakabazzi joined the company in 2015.

In the email seen by Daily Post Uganda, Crusid said she wanted to bring into light the dirty actions of these top company employees who earn millions of shillings per month. Nakabazzi left Uganda Breweries on sexual related reasons.

Crusid in the email says she got married to Hamya in May 2016 and they have been living together as wife and husband “Even after multiple attempts to resolve this matter privately, the two continued cheating something which bruised our marital vows,” she cried out.

Efforts to reach Hamya and Nakabazzi were futile. But Crusid, says Nakabazzi has continued to ruin her marriage despite many attempts to make her stay away from her husband.

She says the two secret lovebirds recently flew to Dubai to enjoy life. She says that Hamya and Nakabazzi stayed at Hyatt Regency in Dubai Creek and later checked into Towers Rotana apartments.