President back in office after snake scare - Daily Post Uganda 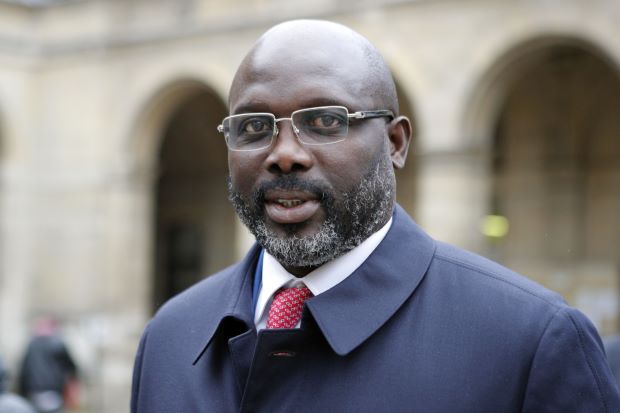 AGENCIES: Liberia’s President and former international football star George Weah, has resumed working from his official office, exactly two weeks after he abandoned it because two snakes were found in the building where it is located.

The building had to be thoroughly fumigated before the president was advised to return on Wednesday.

One of the first persons to visit President Weah at the office was former Vice-President Joseph Boakai, who lost to him in the 2017 presidential election.

Mr Weah briefed him on his government’s efforts to “protect the tenets of democracy”, and to attract foreign investment to boost the economy, a statement posted on the presidential website said.

The office of the president has been based in the Ministry of Foreign Affairs’ six-floor building since a fire in 2006 gutted the nearby presidential mansion.

The snakes which emerged from a hole on the ground floor of the six-floor building went right back into it when people desperately tried to kill them.