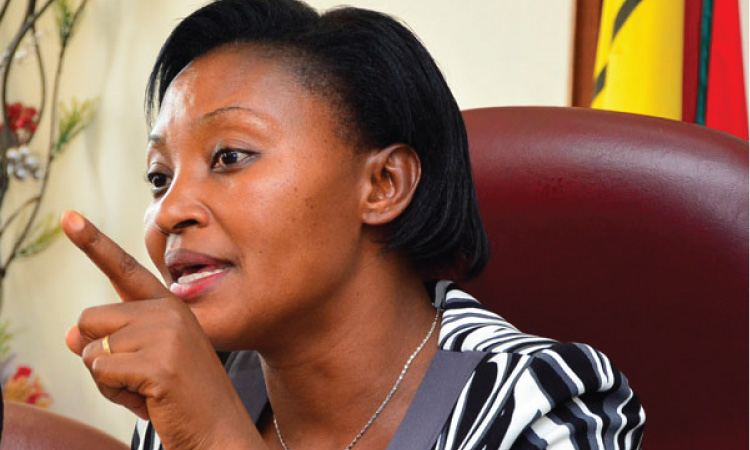 The leader of opposition in parliamentary, Hon. Winnie Kiiza who sits on the Parliamentary Appointments Committee snubbed today’s vetting session arguing that the new team was nominated before any Electoral Reforms were put in place.

President Museveni last month appointed a new EC team headed by Justice Simon Byabakama ending speculation on who would replace the Dr Badru Kiggundu led one.
The other appointees include Hajjat Aisha Lubega (vice chairperson) and commissioners Peter Emorut, Steven Tashobya, Prof George Piwang and Mustapha Ssebaggala Kigozi. The new appointees, if approved by the appointments committee of parliament, will join Ms Justin A. Mugabi whose tenure at EC is yet to expire.

It should be remembered that, as the term of the Kiggundu team was coming to the end just before the February elections, the opposition and civil society activists went around the country meeting people and calling for Electoral Reforms.

They came up with a document dubbed Citizens’ Compact with proposals on the appointment of an Independent Electoral Commission.

However, in replacing Kiggundu’s team, the president followed the current law that allows him to nominate members of the commission with the approval of Parliament.