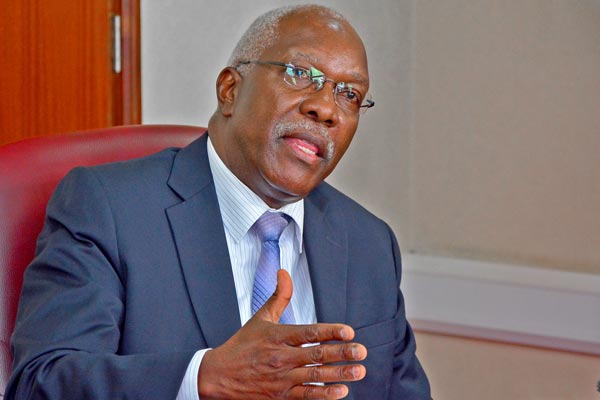 KAMPALA: The Auditor General, John Muwanga, has said the Mutungo land deal is dubious and that he sometime back requested the Inspector General of Government (IGG) Irene Mulyagonja to prosecute suspects involved in the agreement that saw 12 acres of land and recover the money government paid out.

He said in 2011, he received information from a whistleblower on the matter.

Muwanga informed the Commission of Inquiry into Land Matters on Wednesday that he first learnt of the Mutungo land quarrel in 2006 while auditing books of the Ministry of Lands and Urban Development.
“Two plots of land had been purchased at Shs1.2 billion but one plot had no details. The payment had been done without a valuation report to know what government was paying for and there was no proof of ownership,” he told the Commission.
Muwanga said to-date, he has not received a valuation report, proof of ownership of the land and even a report from the IGG.
Prince David Wasajja, the youngest son of Sir Edward Muteesa II, weeks ago accused Dr Muhammad Buwule Kasasa of illegally acquiring his father’s estate. Dr Kasasa later sold the land to government but he has not been fully paid, yet another family has claim on the land.

Recently the Deputy Attorney General Mwesigwa Rukutana clashed with the Commission over the same land when the letter wanted to establish why such a dubious deal took place under the watchful eye of the Office of the Attorneys General.

Muwanga said while auditing the financial accounts of the Ministry of Lands in 2007, he found that an extra Shs186 million had been paid to the same land owner. He said he discovered that the money had been paid for the land yet government did not have titles in its names and there were caveats on the land.
Under the terms of the purchase agreement, government, without an input from the Solicitor General, committed to pay Dr Kasasa Shs2.4 billion in 60 days and 19 per cent interest on late payments.
Mr Gilbert Kermundu, the chief government valuer, also said when the transaction was brought to his attention, he substituted the property’s commercial value with a fixed deposit rate.
According to him, government would then have to pay Shs7.2 billion instead of Shs24.6 billion but that his rate was rejected by Dr Kasasa.