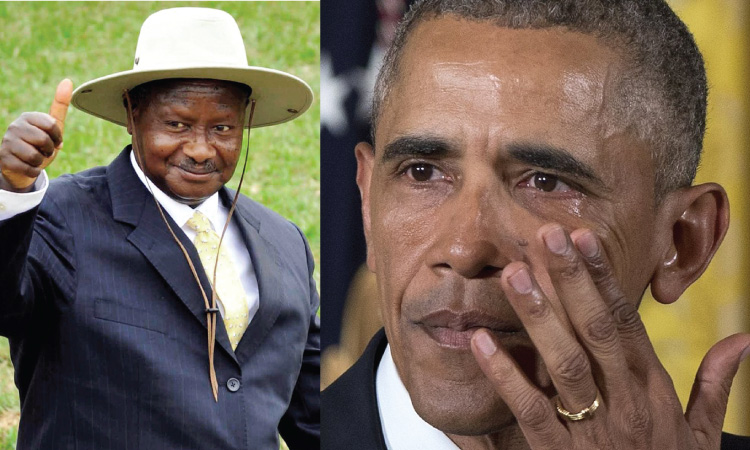 US President Barack Obama and Ugandan President Yoweri Museveni have congratulated US president elect Donald Trump upon his victory to the oval office.

Museveni said he looks forward to working with him like the case has been with his predecessors.
Mr Trump, a Republican was on Wednesday declared winner beating his closet Democratic Party contender Hillary Clinton.

In a statement issued by presidential press secretary Ms Linda Nabusayi, Mr Museveni said: “I congratulate Mr. Trump on his election as the President of the United States of America. Elections in the US or any country are a matter for the people of that country.

Our relationship with the United States will continue regardless of which leader or party is leading. I congratulate Mr. Trump once again and look forward to working with him as we have been working with the other leaders before him.”

Meanwhile US President Barack Obama called Donald Trump, his newly-elected successor, Wednesday to congratulate him on his victory and invited him to the White House for talks on Thursday.
Obama also called Hillary Clinton, his onetime secretary of state and fellow Democrat, to express his “admiration for the strong campaign she waged throughout the country,” White House spokesman Josh Earnest said in a statement.

The president was set to make a statement later Wednesday about the election results, which sent a shockwave across America and through world markets.
At the White House, Obama — whose own 2008 campaign made history as the country’s first black president hinged on unifying a divided country — plans to discuss “what steps we can take as a country to come together after this hard-fought election season,” Earnest said.