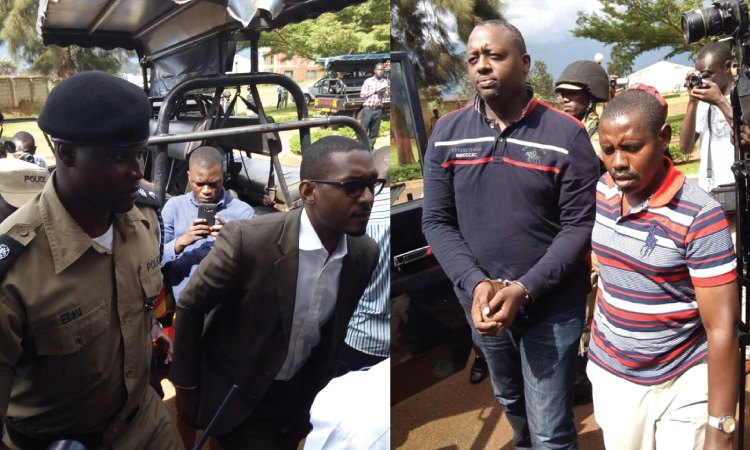 City businessman Matthew Kanyamunyu, girlfriend Cynthia Munwangari and his brother Joseph Kanyamunyu have been charged with murder by the Nakawa Magistrates court.

The three this afternoon appeared in court to be read of their charges in connection to the murder of child activist Kenneth Akena.

Kanyamunyu and the co-accused were taken to Nakawa court in a speeding Police Pick up.

Meanwhile, the suspects have been remanded to Luzira maximum prison until 6th December when they will appear in court again to file their defense over the matter.

Matthew Kanyamunyu, the chief executive officer of Quantum Express Logistics, has since last Saturday been held on suspicion that he shot Akena, aged 32 years. However, Kanyamunyu claims he only helped Akena to take him to hospital as a Good Samaritan.

Meanwhile Joseph Kanyamunyu is held on condition that the telecom printouts indicated that he was contacted immediately after the incident, which puts him in position to be having some knowledge on the incident.

Akena, a community development officer with a local non-governmental organisation, was shot in the stomach and he died on Sunday at Norvik Hospital located on Bombo Road in Kampala.

He was laid to rest last Wednesday at Gang Diang in Kitgum Municipality. During burial also attended by the Inspector General of Police, Gen. Kale Kayihura, Akena’s relatives and friends asked the police chief to ensure that justice is served.