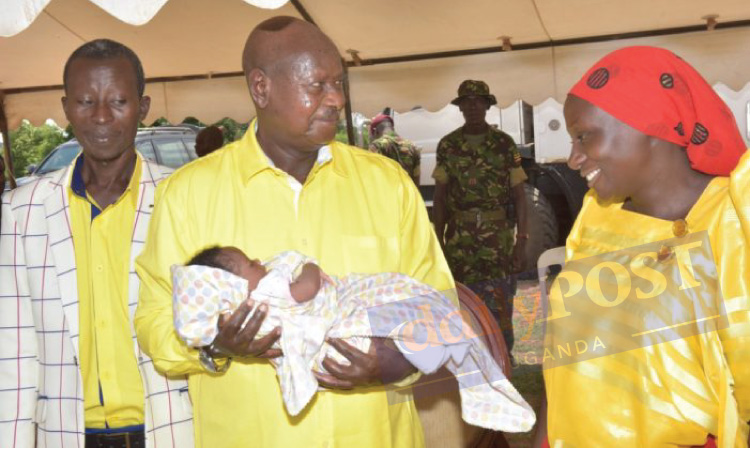 Losing a baby is an unimaginable tragedy. And when a mum has done absolutely everything in her power to keep her baby safe, the pain is even more searing.

But for Iganga woman MP-elect, the guilt and pain of losing her baby due to starvation while campaigning to become an MP will stay with her forever.

According to her husband Abdurahuman Sebukaire, the two weeks old baby Swabulu Kaguta Museveni never had any medical complication until around 3.30 am this morning when he started feeling unwell.

The deceased had been named Kaguta because he was born shortly after her mother Asinde had just paid a visit to President Museveni at State House during campaign time.

However, Ms Asinde left medical practitioners and her supporters shocked when she addressed a rally at St. Jude Church grounds in Iganga Municipality nine hours after giving birth at Musana Community Health Centre, in Nakalama Sub-county. The campaign trail which lasted for almost one month kept Ms Asinde busy and rarely attended to her newly born baby according to one of her supporters.

But research shows that simple things like introducing babies to breast within 30 minutes of birth and breast feeding exclusively for the first six months as well as continuing with appropriate supplementary feeding would reduce infant mortality and the vice versa.

In this case the baby did not get enough colostrum (a mother’s early milk) in the first days of life, which may have ultimately resulted into his death just weeks after his birth.

When Mr Museveni went to the area to drum support for her, he was pictured holding baby Kaguta at one of the various rallies he addressed.
The baby was on Tuesday afternoon laid to rest at Buseiyi Village, Iganga District.

Why Mpanga and Masembe will be thrown out of BoU-Sudhir case
Former Nansana MP Nsereko Wakayima arrested.