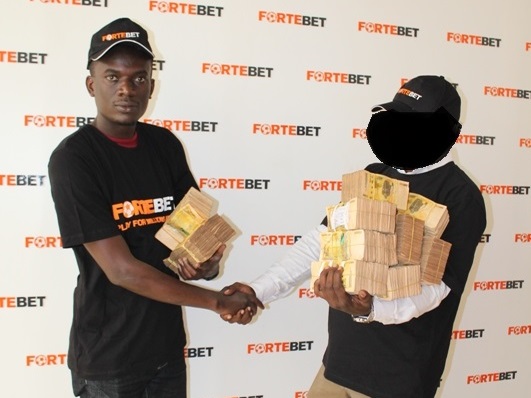 KAMPALA: Despite Uganda being a free market economy where everyone irrespective of origin is allowed to do business in various sector as provided by law, the government has surprised many as it lays plans to take over sports betting activities, contrary to principles of a free market economy.

Having realised that the betting industry is profitable and that some companies are expatriating profits to their home countries, government now stopped renewal or issuance of licences to new and existing gaming and sports betting companies in the country “with immediate effect.”
The government wants to take over the betting activities under a new policy tool to manage its interests in the industry.

Finance Minister Matia Kasaija on May 14, 2019, wrote to the National Gaming Board (NGB), the industry regulator, re-echoing a Cabinet decision early this year which halted licensing or renewal of licences of new and existing gaming and betting businesses in the country.

“Based on the Cabinet resolution, I hereby direct you to stop licensing of gaming and betting with immediate effect,” the letter reads in part,” Kasaija said.
The letter was copied to the Secretary to the Treasury Keith Muhakanizi.

When government first announced plans of stopping further licencing and renewal of licences it caused public outcry which forced Kasaija to clarify a day later that the proposed ban was only applicable on certain foreign firms whose profit repatriation was sickening Uganda’s economy.

Mr Kasaija’s May 14 letter was a response to an earlier letter on April 24 by NGB Regulatory Board chairman, Manzi Tumubweine, who sought guidance on re licensing of gaming and lotteries companies in light of earlier contradictory statements.
Tumubweine, a former minister said in absence of a proper position and in light of their mandate under section 27 of the Lotteries and Gaming Act, they had invited applications for licensing in 2019, which process had begun in October 2018.

“The board received 60 applications for the licensing of 2019 and evaluated them accordingly,” Mr Tumubweine wrote to his boss Kasaija.
“The purpose of this letter is to request for clarification regarding licensing of gaming and betting and your guidance on how to deal with operators who applied in time as per the law; met all requirements for licensing for 2019; and are presently in operation since the board did not require them to stop operations while submitting missing requirements for licence renewal.”

It is said government intends to create a statutory body, to be known as National Gaming and Lotteries Company, which will carry government’s commercial interests in all betting licences to be issued later under a new licensing regime.
Further provisions on the proposal, sources said, are still being worked out but coming companies could challenge government in courts of law here and outside if the new regime works against them, an expert warned.

Some of the foreign companies to be affected include Betin, Fortebet, Betway and BetPawa, these are regarded as big players in the industry who  employ a number of Ugandans, pay taxes, pay for utilities, rent buildings owned by Ugandans as well as donating to charities through corporate social responsibility.