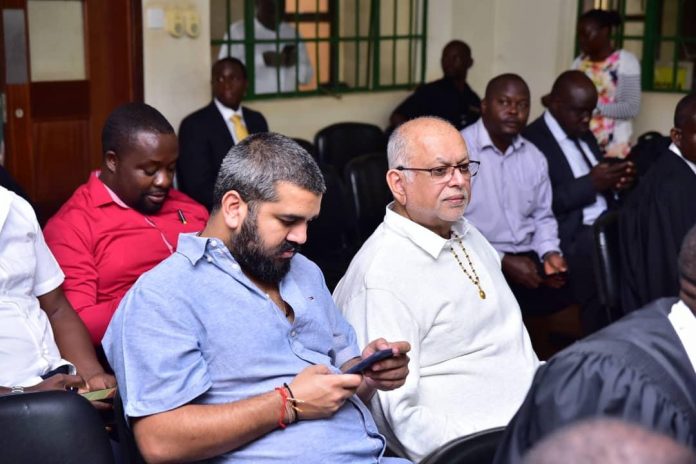 KAMPALA: The commercial court on Monday morning  dismissed the case where Bank of Uganda (BoU)/ Crane Bank in Receivership had lodged against businessman Sudhir Ruparelia seeking to recover Shs379 billion from him.

But Justice David Wangutusi on Monday held that BoU/Crane Bank (in receivership) did not have a legal basis to sue Sudhir.

Today’s court victory is the third for the businessman against the central bank in a long legal battle that stems from the controversial closure and sale of his Crane bank by the Bank of Uganda.

He was won two conflict of interest cases against the central bank before.

Reacting to the ruling, Sudhir said it only confirmed the discovery made by parliament’s Committee on Commissions, State Authorities and State Enterprises (COSASE) as it probe BoU on the controversial closure of seven commercial banks.

Sudhir appreciated his lawyers for the great work done and said he was to consult them further in the main case still pending.

On June 30, 2017, BoU filed a suit against Sudhir and his Meera Investments Limited, which the businessman says was in breach of clause 12 of the Confidential Settlement and Release Agreement (CSRA) that was reached by both parties after BoU closed and liquidated CBL for allegedly being undercapitalised.

The clause stipulates that, “Without prejudice to the immediate forging should any legal or administrative proceeding of any kind ensue against SR [Sudhir Ruparelia] as defined in the agreement, the agreement stands voided and BoU shall immediately return to SR the value of the settlement.”

But in a counter suit, Sudhir wanted BoU to pay him $8 million (about Shs28.8 billion) for breach contract.

Sudhir argues that on January 25, 2017, BoU sold, at an undisclosed sum, assets of Crane Bank to Dfcu bank Limited yet by mid-January 2017, the central bank had approached and urged him to settle the dispute.

On April 19, 2017, Sudhir claims, BoU acknowledged receipt of US$1.1 million as payment towards the agreed loans and informed him that his deficit on the first instalment of US$8 million was $6.9m, which they demanded he must pay that very day.

That meant he paid a total of US$8 million on the same day.

So he argued that the case against him was baseless, an assertion today’s ruling has confirmed.