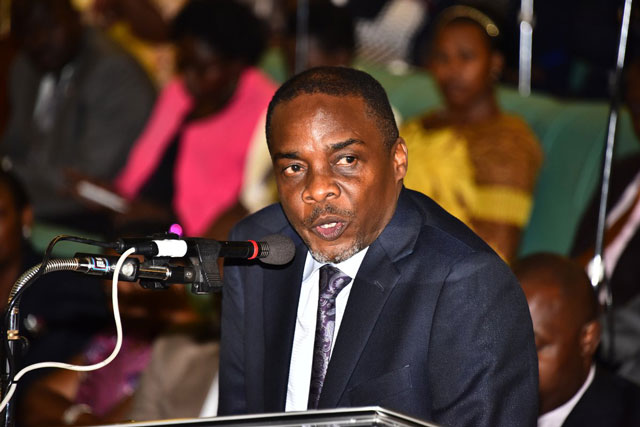 Mr Ruparelia had always raised the same concerns, telling Speaker of Parliament Rebecca Kadaga why court was investigating a matter that had already been closed by court.

And now in a legal opinion to Finance minister Keith Muhakanizi on August 15, Mr Byaruhanga said such properties cannot be subjected to a further Parliament inquiry.

The Attorney General, in the letter, was responding to a letter by the Departed Asians Properties Custodian Board that is lying claim to Plot 98-104 Nakivubo Road, which belongs to Hajji Abdu Kasai, a businessman.

“Section 3 of the Expropriated Property Act Cap 87 provides; (J) Subject to this Act; the Minister shall have the power to transfer to the firmer owner of any property or business vested in the Government under this Act that property or business,” the Attorney General’s letter reads in part.

Mr Byaruhanga explains that in light of the above provisions, “it is evident that the DAPCB’s involvement is limited to only when the property is still vested in the Government by virtue of Section 2 of the EPA and before the issuance of a repossession certificate by the Minister”.

He also quotes a Supreme Court ruling in the case between Mohan Musisi and Kiwanuka Asha Chard. In the case, Justive Mulenga held: “The Minister has no power to cancel a Certificate issued under the Act. in providing in section 14 of the Act, that a person aggrieved by a decision made by the Minister under the Act may appeal to the High Court, Parliament did not expressly reserve in tire Minister, any power to review such a decision upon request by an aggrieved person.”

The legal opinion effects ends claims by Departed Asians’ Property Custodian Board on the properties.

Early this month, Mr Ruparelia protested the move by Parliament to investigate how he acquired a property in the city even when the High Court ruled that he genuinely acquired it.

Officials from the Departed Asians Properties Custodian Board have listed Plot 24 on Kampala Road, which belongs to Meera Investments Limited, as part of the properties suspected to have been wrongly acquired.

But Mr Ruparelia, in a letter dated 14th August 2019 to the Speaker of Parliament, wondered how COSASE is inquiring into ownership of the property that decided upon by the High Court in 2012.

He explained that they bought the property in 1995 and when the Custodian Board contested their move, they went to the High Court and the Judge ruled in their favour. He said the Custodian board at the time did not appeal the court decision but wonders why they continue to list the property under those illegally acquired.

“High Court listened to us and also listened to Custodian Board (represented by Attorney General ) and made a decision on 2011 December 2012 in our favour. Custodian Board did not appeal. COSASE is now inquiring into a matter and ownership decided upon by the High Court in 2012,” he said.

“We are seeking clarification and guidance from you whether Parliament can inquire into a matter where the decision of Court has been made or where a matter is in Court. Then whenever matters in court come to an end, parties can come to Parliament for another decision We shall be grateful for our guidance.”

On December 20, 2012, Justice Joseph Murangira at the High Court at Kampala Land Division declared Sudhir under his Meera Investment Limited as the rightful owner of the land.

Prior, DAPCB had taken a decision that Sudhir was not the owner of Plot 24 Kampala Road thus stopping him from developing the land in question.

In his ruling, Justice Murangira said Sudhir/Meera Investment was in possession of the property since 1994 when he purchased it until it was subjected to the repossession process of properties that were expropriated when Asians were expelled from Uganda in 1972.

“Meera Investment approached the former owners (Rameshchandra Bhowan Kataria and the late Kershavlal Premchard Shah) before they were granted a certificate of repossession and they agreed to sell their estate and interest that is the property. Indeed they sold and transferred to Meera,” the Judge said.

He further said DAPCB expressly recognized Meera Investment’s intention to purchase the property from the former owners before repossession.