Why Lt Col. Edith Nakalema must be careful with some whistleblowers - Daily Post Uganda 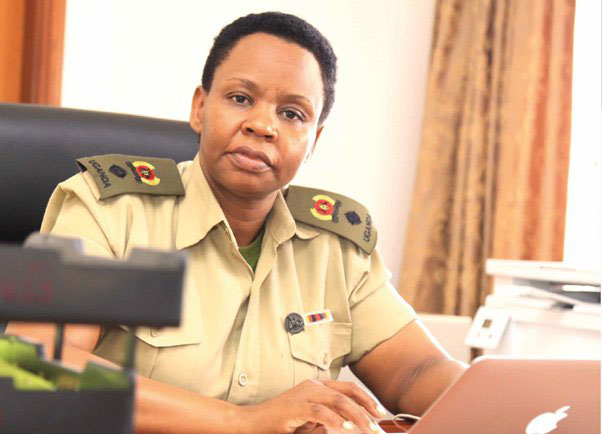 KAMPALA: The Head of State House’s Anti-Corruption Unit Lt Col. Edith Nakalema has so far done a great job by responding to whistleblowers’ petitions on corruption in public offices, with some positive results on already laid on table.

A simple investigation by this news website, carried out in a few public offices in Kampala and Wakiso reveals that public officials are now cognizant of the power of the office of Lt.Col. Nakalema. Corruption tendencies in public offices according to our research have gone down, thanks to Lt. Col. Nakalema’s rapid response to whistleblowers’ information.
However, some public officials in Kampala and Wakiso districts have warned that some mafias have found Nakelema’s office as a fertile ground to witch hunt their political rivals as well as their co-workers who they don’t agree with. As such they say one of Museveni’s trusted aides should be observant and careful with some petitions that find their way to her table.
“It is not true that what is reported to Nakalema’s office is the gospel truth. Some public officials are wrongfully accusing their colleagues of corruption. Some politicians are also using that office to tarnish the image of their opponents or their relatives,” a public official from Wakiso local government office told this website.
On April 15, 2019, Daily Post ran a story based on a petition to Nakalema that the Managing Director of National Water and Sewerage Corporation (NWSC) Dr. Eng. Silver Mugisha was using his office to fund political activities of his wife Annet K. Mugisha who intends to run against a powerful minister in Museveni’s cabinet.
Now Eng. Mugisha has come out to tell this website that the allegations are false aimed at tarnishing his name and that of his wife.
The petitioner alleged that that Mugisha is using Ba Mugisha Community Development Foundation run by his wife, to fund political ambitions of his wife who plans to run in 2021 elections.
The petitioner further alleges that the organisation run by Mrs. Annet Mugisha is distributing money from NWSC in Bushenyi, for instance it allegedly some of the money was used to buy food at Western Meridian Hotel for her campaign agents.
The whistleblower alleges that staff at NWSC fear to confront Mugisha because he is vengeful. He adds Mugisha has compromised the board of NWSC and the Office of the Inspectorate of Government and other oversight agencies.
Eng. Mugisha, according to the petitioner also is receiving kickbacks from the procurement processes involving companies such as VAMBECO, SOGEA and SATOM among others.
All these allegations, Dr. Mugisha says are false as he is not involved in any corruption scandal or using NWSC’s funds to finance political ambitions of his wife. He hopes Nakalema will find out the real truth and bring the so-called whistleblower to book.
Other would-be defendants say they were found innocent after being accused of corruption to Nakalema’s office. “I was accused but was found innocent. Some people can be malicious. There must be a punishment for whistleblowers who give fake information,” said a government worker in Kampala.
An official from the Anti-Corruption Unit that this website talked to said they have had to decline to respond to some allegations they see as not credible. “Before we go to any office, we first verify certain facts. We don’t just rush there,” he said, he said they are aware of malicious people who to tarnish the image of their colleagues.

President Yoweri Museveni in December 2018, unveiled Nakalema to the public as the newest anti-corruption fighter in the country. Museveni said then that Nakalema was part of additional fuel he was adding to the fight against corruption. In any case, he said the existing agencies; from the Inspectorate of Government, the Auditor General, Parliament, and the Judiciary had all become infested by corrupt people he referred to as ‘weevils’.