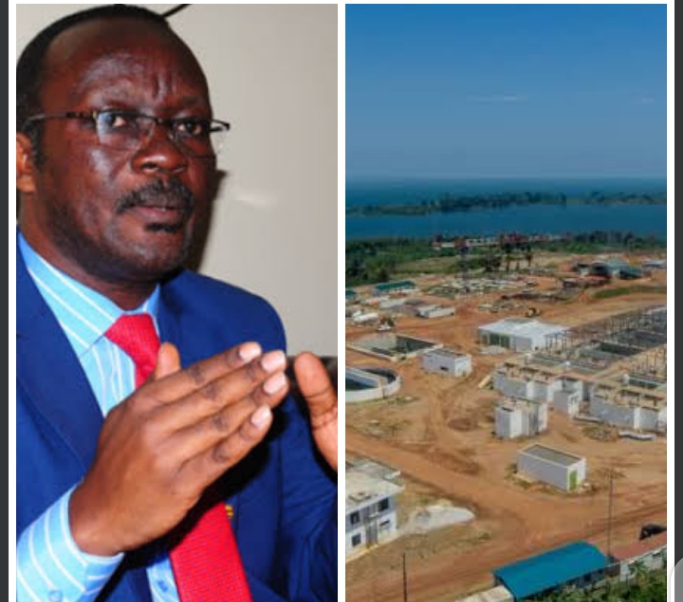 KAMPALA: It is all joy and excitement for the water users in the central region as National Water and Sewerage Corporation (NWSC) prepares to officially launch the Katosi treatment plant. NWSC days ago completed construction of Katosi-Kampala Drinking Water Transmission Mains to supply drinking water to the increasing population of the Kampala Metropolitan Area.

We are happy that NWSC has built a new treatment plant that will further improve the quality of the watr we use,” said Milton Mutesasira, a resident of Mukono town.

Another resident who preferred to remain anonymous added: “The new treatment plant is welcome at Katosi. We shall as guard it well.”

A politician said: NWSC management gives us hope that Ugandans can manage their own enterprises well. NWSC is a good example because many people come from outside Uganda to learn from them. NWSC is visible across the country and serving Ugandans well.”

“Other water consumers this news website talked to in Kampala and Wakiso said other utilities providers should learn from NWSC and serve the community diligently.

NWSC says the 240 million litres per day water production plant will serve over 7.5 million people in Kampala, Wakiso and Mukono up to 2040.

NWSC says the completed project works consist 51km of Pipeline of various sizes (DN 1400mm to DN500mm) and associated works from a new reservoir at Nsumba hill to a new reservoir at Ssonde hill and from Ssonde reservoir to a new Booster station at Namugongo and finally to Naguru reservoir.

Following completion of the works, the system is under final testing and pre-commissioning phase. This stage involves flushing and disinfection of the water mains and the new reservoir before the water can be supplied to our dear customers.

“The flushing exercise shall commence on Tuesday 11th May 2021 and shall take a maximum of 15 days. During this exercise, water shall be flushed into surrounding drainage channels at various points along the pipeline route to clean the pipe,” NWSC said.

“We thank our dear customers for their patience thus far and look forward to more of the same during the aforementioned exercise. NWSC reaffirms that adding the 160,000,000 litres per day to the Kampala Metropolitan Area shall go a long way in solving the existing water scarcity,” NWSC added.

Meanwhile NWSC is to improve the water supply situation in Hoima municipality. Nwsc notes that there has been notable population increase and economic growth arising from the discovery of oil in this region. “This has resulted into water shortages in the Town because of the limited treatment capacity at the current Water Treatment Works.”

NWSC has in the recent past undertaken some interventions to address these water shortages by drilling additional boreholes, increasing in storage capacity for the treatment plant and extension of the transmission and distribution mains. However, NWSC notes that the City is still grappling with inadequate water supply because of the limited capacity of the current water production system to meet the demand. This has resulted in dry zones like Kasengo, Kihukia, Busisi, among other areas, in addition to the intermittent water supply within the city and surrounding areas of Budaka, Kiduma, Kalongo, Kyesiga among others.

NWSC has embarked on the improvement of water production within the City. This initiative is in line with the Government of Uganda Vision 2040 for the country and consequently the SDG Target 6.1

“NWSC through its procurement processes has contracted Updeal (U) limited to carry out expansion of the current Water Treatment Plant and transmission mains from the current 2,500m 3 /day to 5,500m 3 /day. The estimated cost of this project is 5.9billion Uganda Shillings. This project is as per the contract and should be completed in 10 months,” reads a statement on the company’s website.