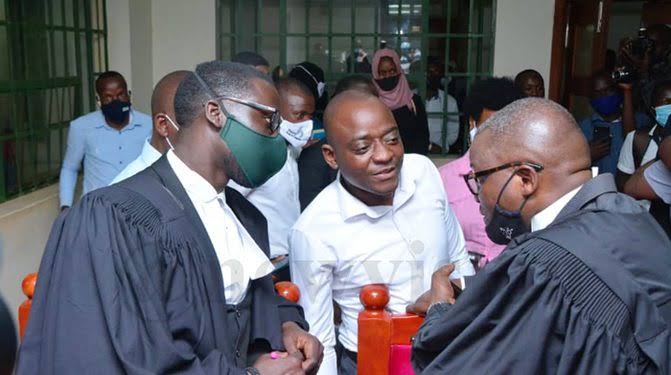 KAMPALA: When Kampala businessman Hamis Kiggundu, lodged his first case in the Commercial Division of the High Court, it was all about breach of contract allegedly committed by Diamond Trust Bank Uganda (DTBU) and Diamond Trust Bank Kenya (DTBK) particularly, the plaintiffs claiming that the two sister banks illegally deducted Shs120 billion from his bank account operated by his Ham Enterprises Limited.

Days ago, Court of Appeal justice, Richard Buteera, who also doubles as Deputy Chief Justice of Uganda, while delivering the recent ruling arising out an appeal by the banks, was also able to note that the original claim by Kiggundu and two others- Ham Enterprises Limited and Kiggs International (U) Limited based on the breach of contract and not the legality of the loans.

How the original case came to be ignored was controversial in the legal fraternity. But Kiggundu’s lawyer Fred Muwema had a different idea. He had got a chance to make fast money. He then misadvised his client Kiggundu that he could ignore the original case and instead focus on the legality of about Shs41 billion that DTBU and DTBK loaned him between 2011 and 2018.

Appearing before Judge Peter Henry Adonyo, Muwema on behalf of his client Kiggundu argued that DTBU and DTBK illegally offered the loans to Kiggundu, which, as he argued, contravened the Financial Institutions Act, 2004. Judge Adonyo did not do enough research on this argument and as such agreed with Muwema and Kiggundu, ruling that the banks return Shs120 billion to Kiggundu, mortgages be returned to Kiggundu and awarded costs of the suit to Kiggundu. Kiggundu and Muwema would go into short-lived celebrations before the banks run to Appellate Court.

Remember there was no audit of Shs120 billion Kiggundu claims was illegally deducted from his account by the banks, even though Judge Adonyo ordered that the monies be returned to Kiggundu.

But the banks got some relief days ago as Judge Adonyo’s controversial ruling was set aside by Court of Appeal justices who ordered Kiggundu to bear the costs of the suit and that the original case expeditiously be heard by another judge. It was now time for crying on the side of Kiggundu and Muwema. The reason they published a notice of their intention to drag the matter to Supreme Court, even though legal experts say the highest court in the land will most likely uphold the decision of Appellate Court.

As Muwema plans to battle in Supreme Court, legal experts from within Uganda and outside, are not convinced that their colleague is on the right track as far as the original suit lodged by Kiggundu is concerned.

To them, Muwema must concentrate on the original case in the High Court and stop misleading his client thinking that Supreme Court will agree with him. “The fact is that the original case as lodged by Kiggundu must be heard as ordered by Court of Appeal. Most of us lawyers who practice commercial law are interested in this case,” a lawyer from a top Kampala law firm told this news website when asked about the Court of Appeal ruling.

He further said: “As my learned counsel Muwema drags on with the case in Supreme Court, he must be aware that he is making his clients bear more court costs. Should Kiggundu run to the Court of Appeal and lose from there, he will bear more costs to be awarded by Supreme Court. Sadly should Kiggundu lose the original case in the High Court, more costs will be awarded against him. I don’t think my colleague colleague has considered the costs of the suit in the event that his clients loses at each stage.”

Another lawyer who talked to this news website said that as Muwema ponders how he is to battle in Supreme Court, the banks-DTBU and DTBK are ready tighten their defence in High Court. That is why they welcomed the independent audit of Kiggundu’s account. They know Kiggundu told lies as he lodged the original claim in the Commercial Division of the High Court. And it is the reason the businessman does not want to hear of an independent audit on his or his company’s account.

“Muwema must tell his client to have issues settled in High Court. Going to Supreme Court is wastage of time and other resources,” a third lawyer said when asked what he made of Muwema’s insistence that he intends to appeal in Court in Supreme Court the recent ruling by Court of Appeal. “Justices in Supreme Court will punish him for wasting time yet original case is High Court is supposed to be handled quickly,” he said, adding, “Sometimes accepting defeat saves you from further punishment. RI urge Muwema and his client to ready themselves for the original suit of “breach of contract”.

While delivering the ruling that favoured the prayer of banks, Justice Buteera observed that the trial judge based his judgment on new claims that were substituted for the original claims lodged by Kiggundu. The amendment, is permissible but that it has to fall within the original claim but not to create a new suit that Justice Adonyo presided over.

Another lawyer blasted Muwema for ignoring the good intentions of Court of Appeal in its ruling. The ruling offers both sides a chance to be heard. “Kiggundu should accept that he lodged the case in court and as far as I know he has never applied to the same court to withdraw it,” a law practitioner who works with Kampala Associated Advocates said, adding that, “Judges make mistakes but it does not mean t