Katongole died in a nasty car accident along the Kampala-Mbarara highway in the wee hours of Friday.

The deceased was in a Mark X black salon car being driven by NBS Chief of Protocol, Bashir Pablo who sustained serious injuries. The car was fully loaded with four other occupants who set off from Kibuli Enroute Ruhama in Ntungamo for the burial of NBS TV’s political commentator Sheikh Dr. Abdunoor Anas Kalisa who collapsed and died at his home on Wednesday.

According to eyewitnesses, the Mark X was driving at breakneck speed when it hit another car and overturned.

Katongole died instantly while the four occupants were transferred to Kitovu hospital, two of them under Intensive care. 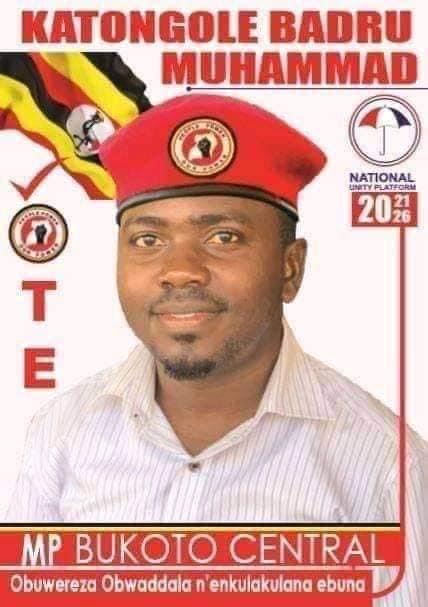 By the time of his death, Katongole was aspiring to unseat Uganda’s Vice President Edward Kiwanuka Ssekandi in Bukoto Central.

NUP principle Robert Kyagulanyi Sentamu alias Bobi Wine expressed he was in shock and grief following the death of Katongole.

“With shock and grief, I have learnt of the death of comrade Katongole Badru Muhammad, who participated in the NUP candidate selection for MP Bukoto Central. He perished in a terrible accident this morning. On behalf of the NUP fraternity and on my own behalf, I send deep sympathies to his family, friends, and all of us who knew him. What a loss to the forces of change! We shall coordinate with the family regarding burial arrangements. Kitalo nnyo! Inna Lillahi wa inna ilaihi raji’un