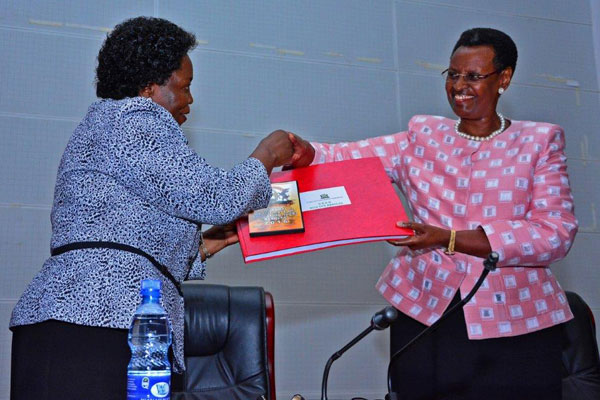 KAMPALA: The Uganda National Examinations Board (Uneb) has released the 2018 Uganda Certificate of Education (UCE) results.

The examination body registered a slight improvement in the performance of Senior four students who sat for the exams last year.

While releasing the results in Kampala, the executive secretary of Uneb, Mr Daniel Odongo said that out of the 330,721 candidates who sat for the exams, 288,387 passed in various divisions.

He said 42,334 students failed to attain any grade and are supposed to repeat senior four.

However, according to Mr Odongo, 41.4 % of the candidates passed in fourth grade.

He said the highest cases of malpractices were registered in Physics, Chemistry, Biology and Mathematics.

He said the affected students were given external assistance while some candidates colluded to cheat.

Mr Odongo said that impersonation and substitution were the common cases of examination malpractices.

He said results of 1,825 students were withheld over malpractices.

The Uneb Board Chairperson Prof Mary Okwakol dismissed recent allegations that the examinations body under marks  schools in Kampala saying they do not use a grading system that takes advantage of any category of schools in any part of the country.

She said they have a one standardised marking scheme that is used by all examiners.

She said Uneb adopted a conveyor belt marking system where a candidate script is marked by a group of examiners.