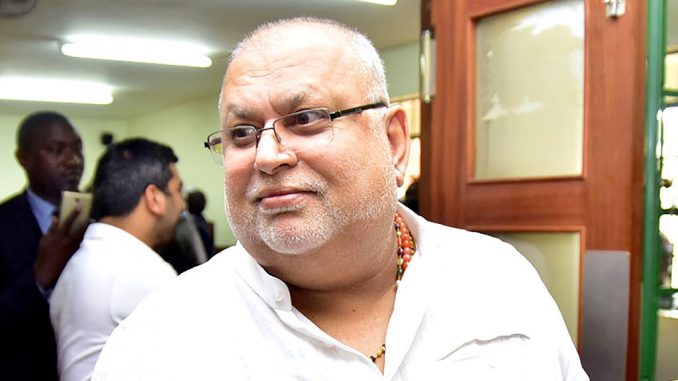 KAMPALA: Ugandan businessman, Sudhir Ruparelia has kept his position at the top in the latest Forbes list of top 10 successful entrepreneurs in Uganda.

According to the list, there are no surprises in the top 10, which list is dominated by Ugandans of Asian origin with Karim Hirji, returning in position two while Mr Alykhan Karmali of the household Mukwano Group is number 3.

Businessmen Charles Mbiire, Gordon Wavamuno, and Patrick Bitature, who is in number 10 position make the company of the indigenous Ugandans on the list.

Mr Ruparelia has consistently remained top of the list ever since Forbes started publishing it a few years ago.

Sudhir this year has unveiled a number of assets to his name key among them, Speke Apartments, Electrical Plaza and the magnificent Kampala Kingdom Mall.

Sudhir Ruparelia has consistently been topping this powerful list for several years.

Sudhir is famed for rising his fortune from $25,000 which he saved from his hustle in the United Kingdom before he returned to Uganda in mid-1980s as a beverages merchant and later as a foreign currency dealer.

The city businessman has from scratch, built his empire that includes; hotels and other investments in the hospitality industry, real estate, floriculture education and the media, insurance and forex and until recently banking before his Crane Bank was controversially transferred to DFCU bank by the Central Bank.

Until his death recently, the founder of Mukwano Industries, Alykhan Kharmali has been among the richest Ugandans for several decades.

According to Forbes Magazine he is one of the business architects of Uganda’s resurgence in 1990s with his popular household flagship.

Having emerged into Uganda’s class of richest personalities at a youthful age, Mohammed Hamid is considered a fortunate business colleague with huge investments in areas such as transportation, real estate, and manufacturing.

As the owner and originator of the Aya Group, which forms part of Uganda’s thriving companies, Mohammed Hamid’s net worth swirls around $400 million.

Since many of the richest Ugandans are of foreign descent, Charles Mbire claims a notable position as the wealthiest native Ugandan.

With his entire worth valued at $350 million, Mbire is well known for his diverse business investments which span across transportation, agribusiness, pharmaceuticals, telecommunications, real estate, energy, and finance.

Other than his investment dealings which largely centre on the manufacturing sector, Lalani is the vital force behind the existence of Roofing Groups. Having established himself as an entrepreneur for a very long time, Sikander Lalani has acquired a sum of $300 million as net worth.

With regard to his large investments which heavily span across the media together with the banking sector, Mukooza has amassed some net worth valued at $200 million.

As the best part of his wealth is believed to have stemmed from his automotive business, Gordon Wavamunno is immensely linked with the ownership of Spear House together with Spear Motors –his automotive company. Meanwhile,  according to Forbes, he has the sum of $100 million as his overall worth.

Shukla is reported to have acquired $100 million as net worth mainly from his ownership of Shumuk Group of Companies –a successful company concerned with cooking utensils.

Bitature is a wealthy personage who acquires the largest portion of his money through a giant telecom company, Simba Telcom, which he presides over.

As Simba Telcom Ltd is regarded as Uganda’s biggest seller/merchant of MTN airtime, Bitature’s wealth has surged perpetually. This year, he bounced back as the Chairman of the giant utility company, Umeme. His interest in hotel and hospitality has seen him immensely invest in hotel business with the opening of Naguru—Protea Hotel, and Marriott Protea Hotel in Kampala.

His current net worth is estimated to be $100 million.