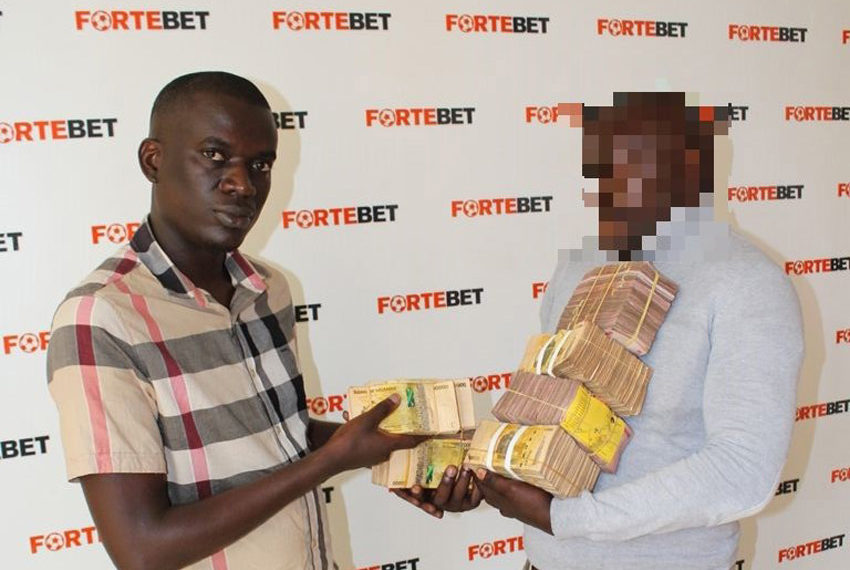 IGANGA: History was written in the betting books of Iganga district. For the first time, the district saw the biggest ever bet money winner after pocketing 187 million from Fortebet.

Besides being historically the first big win for the district, this online (www.fortebet.ug) ticket (number 8924931980019999) won by almost a similar bet selection-Both Teams to Score (BTS). The ticket was composed of 15 matches, but the winner gave 14 of them BTS and only one match home win.

The matches were selected from English league One, Euro Qualification, Ireland Premier Division, La Liga 2, France National League, Sweden Division One, Argentina Primera B, Japan JLeague 2, Finland Kakkonen Group A and Russia National League. All the 14 BTS selections ranged from odd 1.55 to 2.37, thus boosting the final odd to as high as 9,333.31 and raising Uganda shillings 187,599,536.

His money was paid up to zero balance at Fortebet head office in Kololo. “First, I place my tickets online because of the convenience. I hate public things. I want to thank Fortebet for this. However, before I place any bet, I do a lot of research. Luck has not just been on my side because I have been losing by a match or two.

But I kept hopeful until I have won this money,” the winner, whose identity is with-held said on receipt of his money that was handed to him by Fortebet’s accountant, Davis Ssendagire.

This Iganga’s garments businessman said he is going to buy a plot of land in Iganga and construct his dream house and also boost his business.