TRIBUTE: A tale of a Self-made billionaire who had one main life goal, live big, die broke - Daily Post Uganda 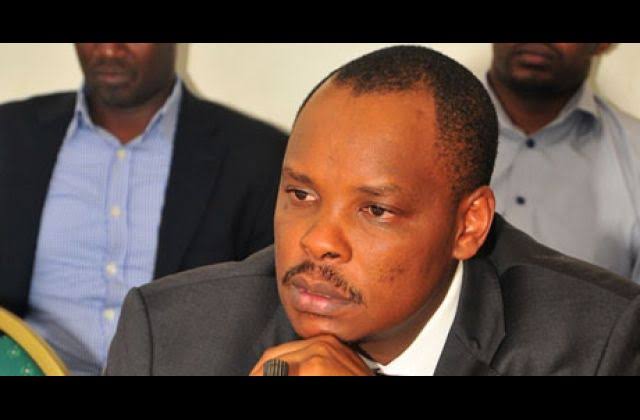 Once a wise man said Wealth consists not in having great possessions, but in having few wants. Indeed the late lawyer *Robert Kasango* never believed in long-term possessions but a few pompous wants he desired, a narrative which would later spark controversy upon his death.

Kasango’s illusive character and reckless but pompous lifestyle was not intentional as many have blamed him, but it stems back to his zigzag childhood that compelled him to hate his own ancestry and lineage.

The mystery surrounding his burial is not by rocket science but the fact is that the son of Okello didn’t have a single roof in his name on earth neither did he opine any will where his remains would be rested.

*Zigzag childhood and why he hated his parents;*

Ms Rose Kabise was a young sister to Mr Okello’s main wife but while living with her sister she sired two kids (Kasango and a girl) with her big sister’s husband.

She never revealed to her big sister who the father of the children was until the time she moved out to get married. Whilst leaving Okello’s home Rose requested her big sister to take care of her two children as she remained tight lipped about their paternity.

Okello who had betrayed his wife to sire children with her young sister also kept the secret under lock as he fairly treated the children by providing all the basic needs they deserved including but not limited to better education.

Basically Kasango and sister did not know their father neither did they know that their ‘uncle’ Mr Okello was same time their biological father.

This puzzle went on until Kasango and sister grew into adults, something that psychologically tortured Bob that even after becoming powerful he had no reason to invest in a village he believed it wasn’t his ancestral home.

Apparently his mother had settled somewhere in marriage where she had more kids. But later the 40 days of a thief elapsed and the cut was let out. Mr Okello started demanding support from his son, he opened up and DNA was carried out but still it was too late for Kasango to forgive his parents for tormenting him psychologically.

Kasango’s mother and her big sister (Okello’s wife) became sworn enemies for the Judas Iscariot’s act she committed under her roof.

Upon his death, both Kasango’s families (Okello’s and Bob’s wife) convened a meeting and resolved that Kasango be buried at his father’s home, because he had no any known home upcountry . Indeed Kasango would be resting at Okello’s backyard by now had it not been his cantankerous biological mother.
Ms Rose Kabise opposed the idea of burying Kasango at Okello’s home for the fact that she doesn’t see eye to eye with her big sister. She instead demanded that Bob be buried where she (Rose) is married.

This sparked alot of intrigue and divisions of how a man of Kasango’s stature could be buried at a stepfather’s home.

It is at this point that Kasango’s wife Nice Bitarabeho retracted her earlier concession to let Kasango be buried in Tororo and now demanded he must be buried in Tooro, thus the war of ancestry vs inlaws erupted.

Meanwhile in Tooro Kasango still doesn’t have any property there, the wife wants Kasango to be buried at her rich uncle’s farm, a one Uncle Steven.

According to an insider, the family talks about the burial site have hit a deadlock, compelling the widow to petition family Court in Kampala to resolve the protracted standoff on where to bury the remains of the deceased lawyer.

Stretching from this background, Kasango believed in living big as opposed to possessing property. The late was a generous guy who donated cars and cash to friends at will. He pushed expensive cars that were far above the value of ordinary houses in KAMPALA suburbs, but his love was in posh rented mansions.

One will wonder why his wife didn’t push him to invest in property? But like I mentioned earlier Kasango lived an illusive covert but pompous lifestyle. After marrying his Mutooro wife Nice Bitarabeho, Kasango urged her to resign from her juicy job in Bank of Uganda and put her on weekly wage of 5m.

With billions from his controversial deals Kasango would rent posh Mansions for a period of 3-5 yrs then eject about 100m in pimping it up, thereafter he would lie to his wife that he has bought a house. After the rental period elapses he would move to another and the wife kept thinking they owned houses. He did this not once or twice but many times Courtesy of lavish house warming parties.

All these was being done under close watch of his best friend *Andrew Mwenda* who failed to reprimand him with strong counsel but instead kept benefiting from Bob’s recklessness.

Kasango with his generous character bailed out Mwenda several times that he died while demanding him billions of money.

Even when Mwenda had an idea of starting a magazine (the independent) he only had the brains, it’s Kasango who injected all the cash, a business that turned lucrative to let Mwenda amass properties around the City.(Butabika Apartments). Why do u think when Kasango started battling fraud related court cases Mwenda’s empire started shrinking too🤔

We’ve always heard a good friend is “worth their weight in gold.” But is that always true??

The writer is a digital media strategist, social and Political critic.