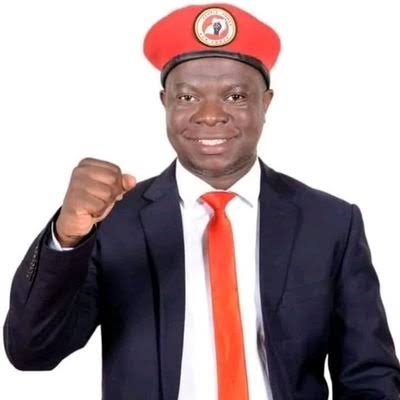 KAMPALA: Kawempe North MP elect Muhammad Ssegirinya has been dragged before the Highcourt for allegedly forging academic documents which facilitated his nomination and subsequent election as MP. 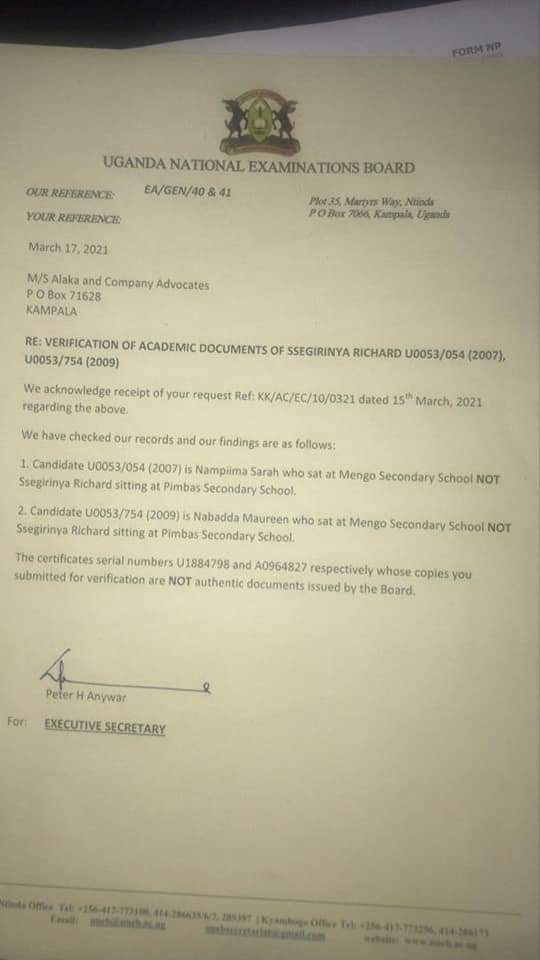 Kindandala in his election petition seeking to nullify the election of Ssegirinya for lack of both Ordinary and the requisite academic qualification of A’ level of an MP, has also attached a verification letter from the Uganda National Examinations Board stating that the academic documents submitted by the elect on nomination day belong to two women who studied at Mengo Senior Secondary School. 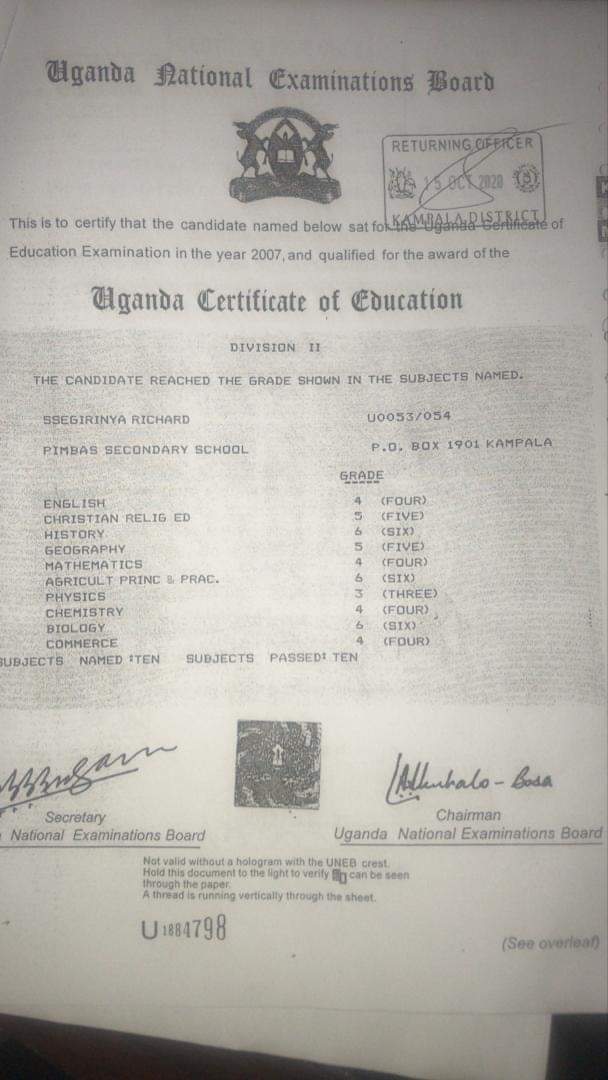 According to a letter dated 17th March 2021 signed by the UNEB Secretary Peter Anywar and addressed to Kindandala’s lawyers of Alaka and company advocates, the academic documents used by Ssegirinya belong to Sarah Nampiima who passed with second grade in 2007 and Moureen Nabadda in 2009 but not for Ssegirinya Richard who claims to have sat his final exams at Pimbas Secondary school . 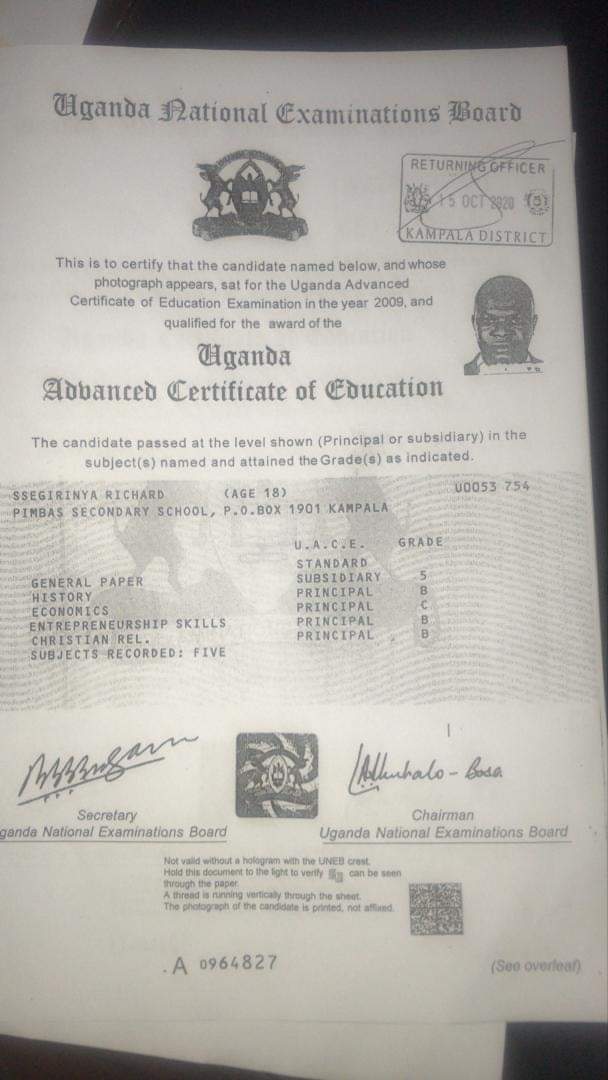 Anywar in his letter continues to deny as authentic the registration numbers appearing on the 2 transcripts submitted by Ssegirinya to the Kampala district Returning officer for purposes of nomination.

Now armed with this evidence , Sulaiman Kindandala who contested for the same post thinks the vocal and outspoken Ssegirinya commonly known as “Eddobozi lye Kyebando” who has been Lord councillor at KCCA is not fit to represent the people of Kawempe in parliament and wants court to cancel his election, stop him from swearing in and as a result order Electoral commission to organise a fresh -election in the constituency .

Court is yet to summon Ssegirinya and the Electoral commission to file a response.