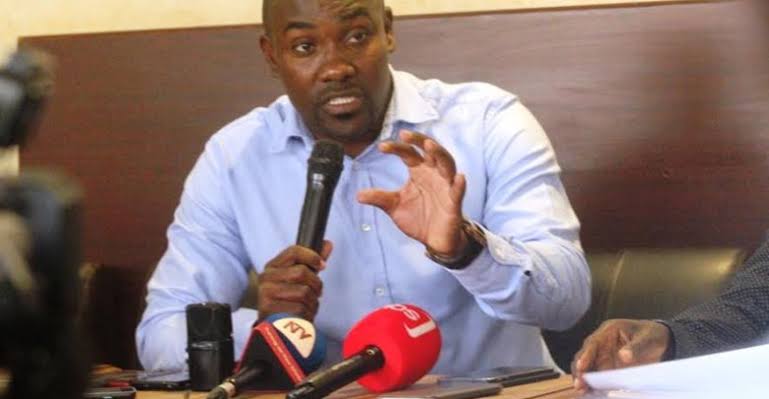 “I have offered myself to lead the struggle to reclaim the lost glory of this game. I will stand for FUFA presidency because I believe we need to have a system and structures such that individuals don’t come back to deprive us from this beautiful game called football ,”Mujib told journalists at Mackinnon Suites in Kampala.

Describing himself as the savior of Ugandan football, the former KCCA FC player said it is high time the game is reorganized for better.

“I think we need a reset and to reorganise the game. It needs systems and structures such that individuals don’t come back and deprive us of this beautiful game called football,” he said.

Giving a sneak peek of his manifesto, Mujib said he would first focus on the local league to make it strong and consequently this would ensure the national team reciprocates the same.

He said this would also ensure more funding to the game of football in Uganda.

Mujib, as he is commonly referred to in the football circles becomes the second person to express interest in challenging Moses Magogo as FUFA president after Makindye West MP Allan Ssewanyana also announced his bid.

In 2017, Mujib announced his bid to challenge Magogo but he was disqualified from the race after failure to comply with the required guidelines according to the FUFA Electoral Code.

Mujib has since accused Magogo of manipulating the system to kick him out of the race to ensure he returns unopposed.