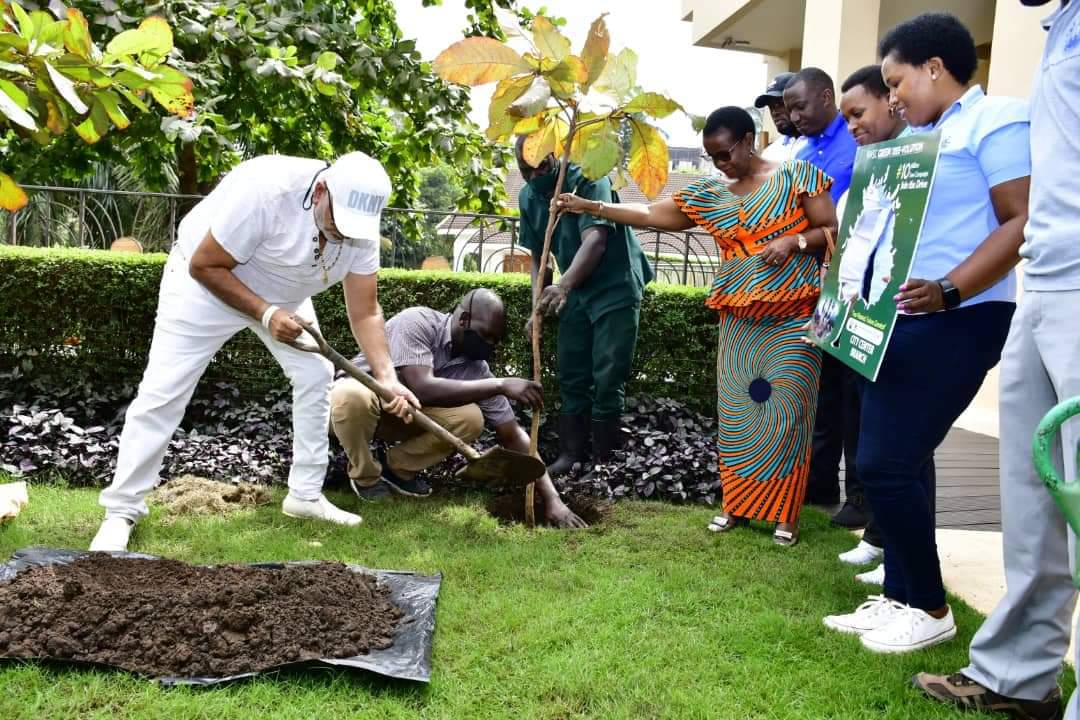 The first tree has been planted at tycoon Sudhir Ruparelia’s residence in Kololo, Kampala.

Former Speaker of Parliament Rebecca Kadaga also joined the campaign and a number of trees were planted at her home in Muyenga.

Both Kadaga and Sudhir planted trees themselves as part of the campaign.

At least 20,000 trees have have planted by NWSC teams on the first day of the campaign.

Officials said other teams will deliver and plant a tree with many of their customers across the city in their bid to green the Kampala.

Sudhir Ruparelia also planted a tree at his Kololo residence (PHOTO /Courtesy).
Kampala Capital City was recently recognized among the Tree Cities of the World, the first African city to be recognized under this program.

Tree Cities of the World is a programme founded by The Arbor Day Foundation and the Food and Agriculture Organization of the United Nations (FAO) to recognise cities around the globe that have committed to growing and maintaining their urban forest. 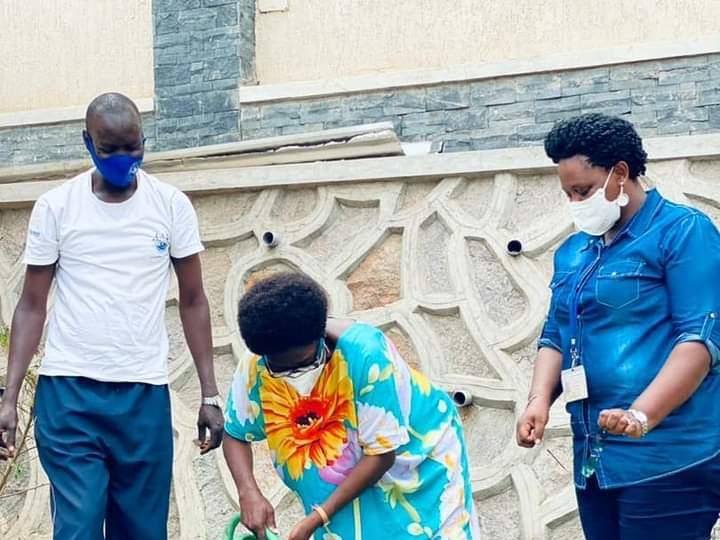 When a city joins Tree Cities of the World, they show their willingness to be a sustainability and urban forestry leader.

Planting trees in a Metropolitan Area comes with a myriad of benefits beyond the recognition of this programme.

Increasing the number of trees in a community can help reduce costs for energy, stormwater management, and erosion control.

The programme provides a network of like-minded city leaders in urban forestry to celebrate and share best practices to cultivate greenery in the community.

Tree Cities of the World aims to create more green spaces in urban areas by recognising the cities that do it well.

Planting more trees is the quickest and easiest way to improve a city’s tree canopy and invest in a brighter future.