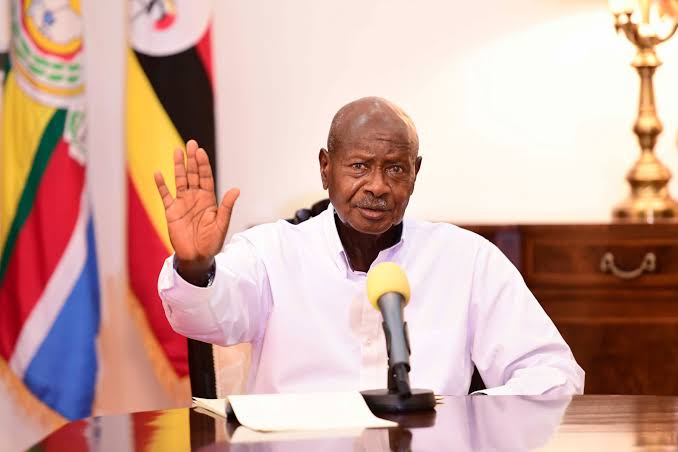 ENTEBBE: President Yoweri Museveni yesterday met the national task force on the COVID-19 response and the meeting dragged on the debate of whether there should be another lockdown phase to handle the COCID-19 pandemic or not, a source has revealed.

The task force consists of professional scientists, representatives from various government agencies including Office of the Prime Minister, Ministries of Health, Education, Trade, Finance, Tourism, Public Service and joint security agencies among others.

The President was among other things briefed about the ongoing mass COVID-19 vaccinations around the country and the current pandemic status.

While members of the committee insisted that the new variants are stronger and are affecting everyone in a very short stint, they also argued that there would be very little to do unless a lockdown is imposed.

These argued that Ugandan’s have no capacity to behave appropriately in the light of SOPs, hence they will not respond to any other language that is different from lockdown.

“Even the police can not do much, they are the same people who will be giving cover to those breaking the SOPs,” a member lamented.

These arguments followed an earlier plea by members to Museveni to have a lockdown imposed.

Museveni on his part indicated that there should be other ways to save the people rather than lock them down.

Among other issues, the source said, Museveni pointed out that economies both here and globally are suffering and that people had just started “resurrecting” from the effects of the previous lockdown phase.

The source claims that Museveni dismissed the lockdown claims citing it would be harsh for the people, especially those who had just got jobs and business up running just after they had lost them.

He told members that there is no way he intends to go in the direction of the lockdown, tasking them to rather develop other means.

Among other things, the task force said it would be better to then restrict public transport and congested business in downtown Kampala.

These also said there was no reason to continue with day schooling, while children who have not yet reported are better off staying home.

Movements in the Kampala and Wakiso areas were suggested to be restricted, while private cars would be allowed but strictly with social distancing.

The task force also gave President Museveni a decision to make on a number of other issues including; bars, schools, restaurants, and games facilities before he could speak to the nation on Sunday.