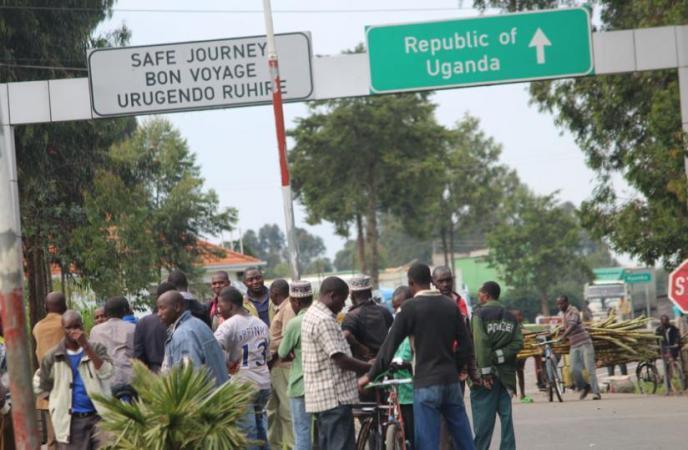 KISORO—Security operatives in Kisoro District are investigating a case in which the manager of Horizon Bus Company based in Kisoro District, was arrested on Wednesday at Cyanika border post by Rwandan security agencies.

Kisoro District Resident District Commissioner, Mr Peter Mugisha on Friday said his office is not aware why Mr Sebuzuru, 55, he was arrested.

“It’s not true that the bus manager was kidnapped from Uganda. He was tricked to cross to Rwanda where he was arrested. “The cause of his arrest is not clear,” Mr Mugisha said.

Mr Mugisha said he is touch with other security organs in the district and they are jointly following up the matter.

However, Rwanda’s ambassador to Uganda, Maj Gen Frank Mugambage said on Friday that  he is  not aware about the incident.

“I am not aware at all,” Gen Mugambage said.

Mr Joseph Muhoozi, the Nyakinama sub-county councillor, who is the elder brother of Mr Sebuzuru, said security agencies in Rwanda assured them that he would be released but the promise has not been honoured.

“Some sources say he has been transferred from the border holding cells to Kigali. We appeal to Ugandan authorities especially the ambassador of Uganda to Rwanda to help us locate where our relative is being detained and the crime he committed,” Mr Muhoozi said.

He said that the family of Mr Sebuzuru in Businga village, Kisoro District is stranded since their bread winner is in detention in Rwanda.

The chairman of the traders’ association at Chanika border, Mr Geoffrey Barore Nombe said that on the fateful day, Mr Sebuzuru crossed the border line and went to Rwanda to pick money for Horizon Bus Company and bank it.

“While returning, he was arrested with Shs5 million and questioned by Rwanda security officials why he was moving with a lot of money. He was detained,” Mr Nombe said.