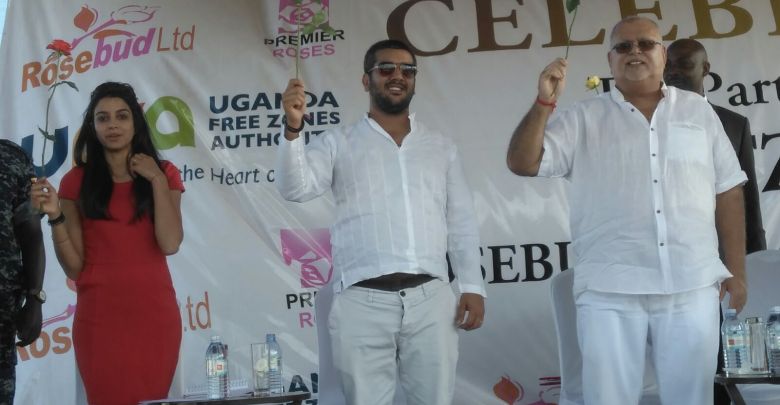 ENTEBBE: Leading flower exporting company in Uganda, Rosebud Limited has registered another historic milestone after securing clearance to export flowers to China. It becomes the first floriculture company to ever export flowers from Uganda to China.

“We entered the Chinese market because of its high appetite for Ugandan premium flowers,” said Dimple Mehta, the manager of Rosebud Limited, located about 20 minutes’ drive from the City center, in Namulanda Parish, Ssisa Subcounty, Wakiso District.  “This is our first shipment but we ought to do about three shipments weekly.”

Traditionally, Rosebud has been taking its cut-flowers to Europe, at the Netherlands auction market in Aalsmeer. But with global competition intensifying and increased production, the need to focus on emerging markets such as China has particularly increased.

Part of the Roses ready for export.

Rosebud and Premier Roses, all under the Ruparelia Group received Free Zone licenses from Uganda Free Zones Authority in 2017 in a colorful ceremony held at its headquatres on Entebbe road. An initiative to counter the environmental impact, the Free Zone is aimed at promoting flower exports to meet global standards. It also helps in creating employment and the commodity processing from trading raw materials to finished goods.

Background
Uganda has been involved in commercial floriculture for more than 20 years, this commodity is ranked among the top non-traditional export earner of the country.
Because of this, Uganda has been ranked the fifth largest flower producer in Africa.
So far the total investment is more than $80 million (Shs288 billion). More than $20 million (Shs72 billion) is directed back into the economy through taxes, wages, and infrastructure development.
The industry employs about 8,500 people, with 80 per cent female.
The country has about 15 flower farms with 250 production area. This makes it an average of 30 people per hectare