According to Mr. Robert Kabushenga, the Chief Executive Officer (CEO) at Vision Group, the top editors should refer any potential income-generating story to the sales department saying “it is something we are now taking very seriously.”

Mr. Kabushenga warned that defiant editors would face tough sanctions including invoicing them on behalf of the companies they give publicity to.

“We have raised this issue numerous times and most recently we made it clear it is going to be a very ruthless regime,” Mr. Kabushenga wrote on the staff e-mail listing claiming that big companies are avoiding normal advertising by disguising adverts as news to get free publicity.

He says whereas management has repeatedly raised the concern, errant editors have continued with the practice, causing serious losses to the company.

“Companies are sidestepping advertising in the newspaper because they are able to present their publicity needs as news. It is something we are now taking very seriously.” He said in an email on Tuesday 23, 2019. 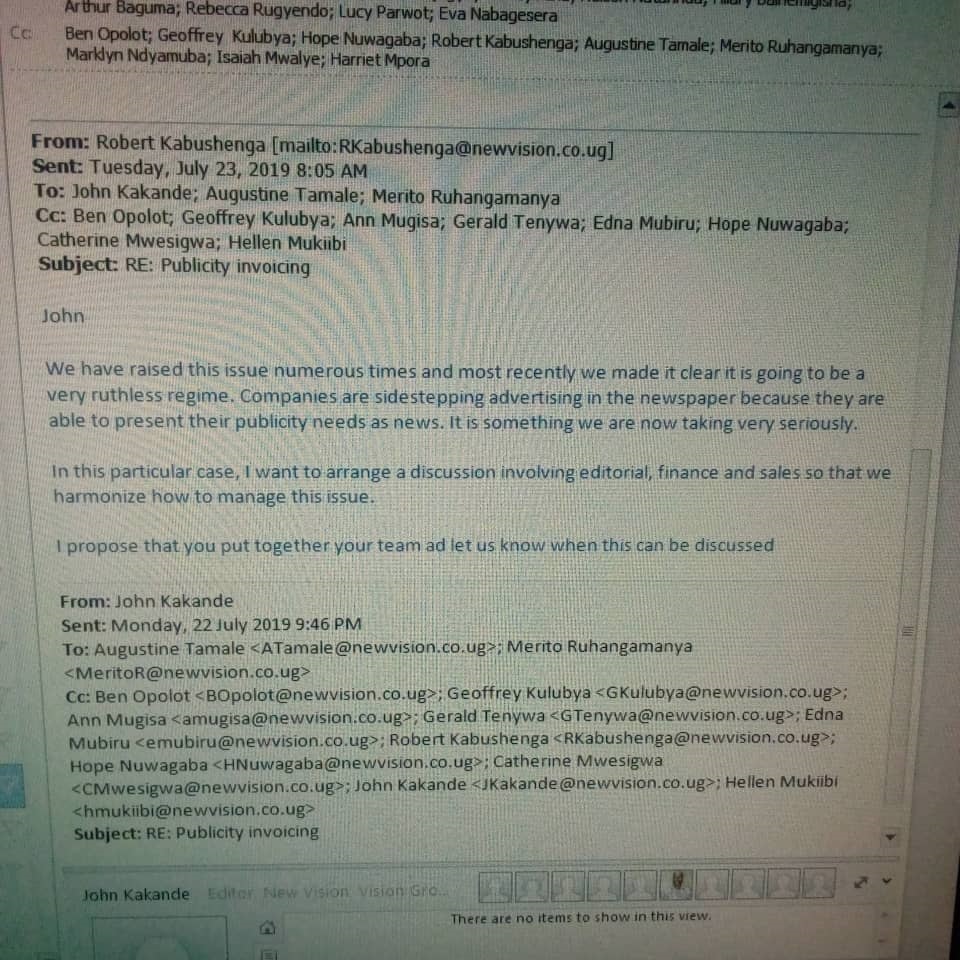 In a separate email after a top level meeting, Mr. Kabushenga has directed the Chief Finance Officer, Angustine Tamale, to deduct UGX9M from the Editors who passed the PR stories.

He said it is one of the measures to stop passing such stories.
Watchdog, a local news website has reported that Mr. Tamale has since invoiced two top editors; John Kakande of the New Vision and Geoffrey Kulubya the managing editor of Bukedde.

The agency alleges that Mr. Kulubya has since received four invoices amounting to UGX36m on stories about Gen Henry Tumukunde planning to stand as Lord Mayor of Kampala. 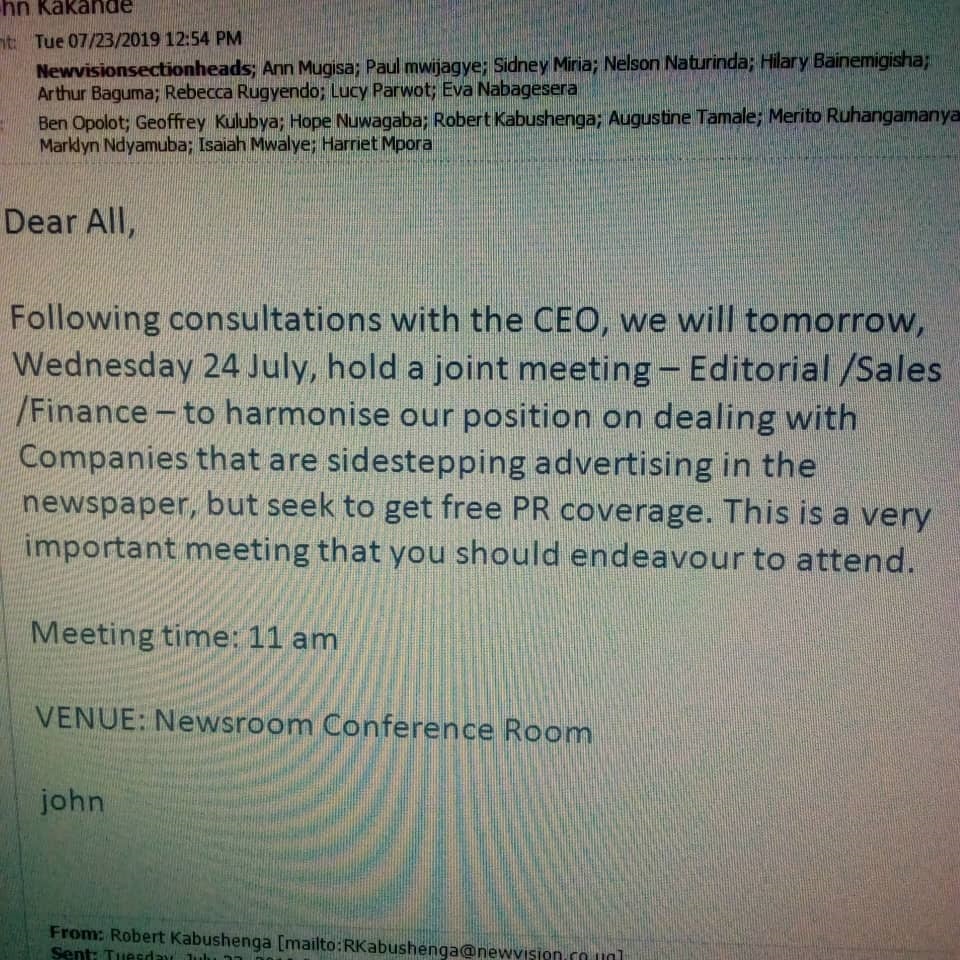 Mr. Kabushenga says the story was published to promote the General.
His counterpart, Kakande has had his salary deducted by UGX9m for giving National Water and Sewerage Corporation (NWSC) free publicity which his bosses says it should fetch a Publicity Invoice for NWSC or, Kakande who passed it should foot the bill.

The meeting called to resolve the impasse which Vision Group’s boss called but missed, hit a deadlock as one of the top editors Hellen Mukiibi, wondered why only one editor suffers the penalty while a single story is worked on by at least seven editors.

She sought clearer guidelines on such deductions and how Tamale arrives on the judgment that such and such a story constitutes publicity and without news value.

In 2017, the New Vision said its after-tax profit for the year ended 30 June 2017 had fallen sharply after a decline in revenue and a “huge” provision for doubtful debts.

The media company reported a 99.7% decline in net profit to UGX14 million, from UGX4.9 billion in the previous year.