Our focus is service delivery, water for all, says NWSC - Daily Post Uganda 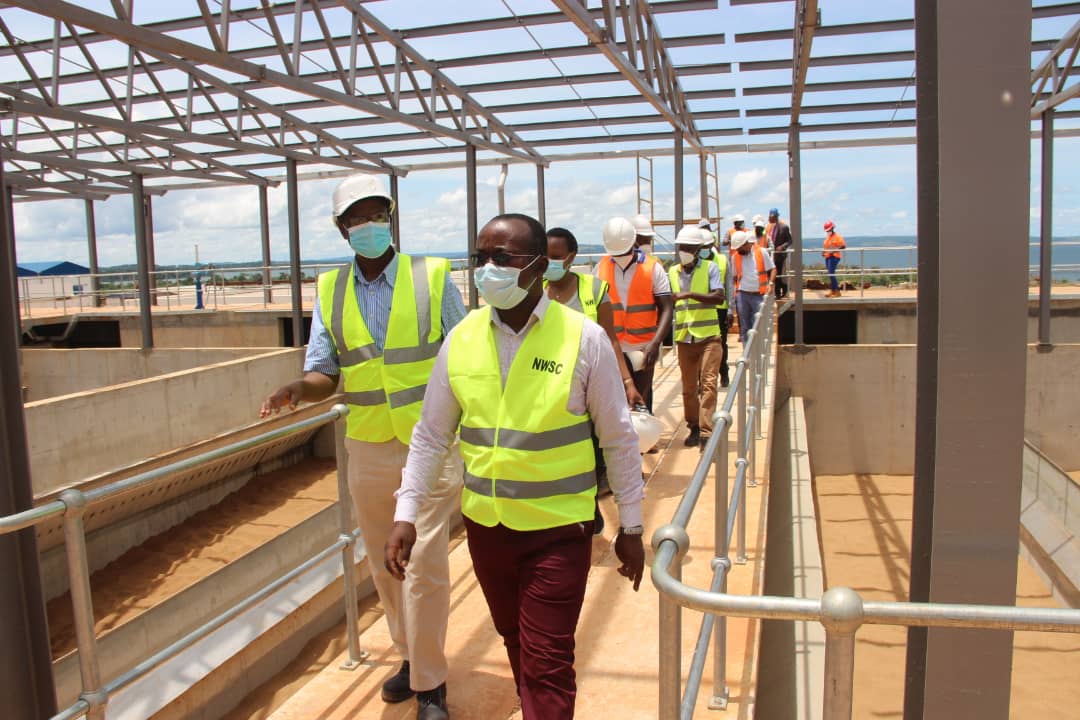 KAMPALA: The National Water & Sewerage Corporation says the institution is fully focused on its mandate of providing water for all.

A regurgitated wave of allegations of impropriety at the government water utility company targeting the Managing Director Dr. Silver Mugisha have been circulated on the social media platforms in the week.

The allegations, all previously investigated by different institutions including the NWSC Board were found without merit, diversionary and in most instances instigated by political interests.

Investigations indicate that most of these allegations including suggestions of impropriety in procurement of NWSC training centres in Northern and Western Uganda, and other projects are “being sponsored to serve certain political interests”.

“It has been noted that these allegations are not brought up in public interest but rather, some people have invested heavily in sponsoring them for political reasons,” an official noted.

According to Senior Public Relations Manager Sam Apedel, the Corporation’s Board last year received and adopted explanations in relation to all the allegations being regurgitated and the narrative targeting Dr. Mugisha’s position.

“The matter was heard to the satisfaction of the board,” Mr. Apedel said on Friday.

Top officials have since defended Dr. Mugisha against allegations of involvement in some of the mentioned projects, dismissed allegations that his private residence was constructed on the corporation’s land.

The board was informed that the acquisition of the corporation’s two training facilities — one at Kachung in Lira, and another in Bushenyi, had been done following the guidelines of the Public Procurement and Disposal of Public Assets Authority (PPDA), and that the procurements were subjected to a valuation process by the government’s chief valuer before the vendors were awarded contracts and paid.

The Solicitor general’s clearance was also sought before the contracts were signed. The UGX 500m/- referred to for the construction project at Kacung was paid as advance but the contract got commencement problems and was terminated.

The UGX. 500m/- was dully refunded to NWSC and the evidence was furnished to the Board.

The allegations also claim that Dr. Mugisha, had through the Bamugisha Community Welfare Ltd (BCWL) run by his wife and now NRM’s Bushenyi Woman MP-elect Annet Mugisha misused resources of the corporation to fund positive community initiatives to boost his wife’s political fortunes.
However, the NWSC last year explained that there was no nexus between the corporation’s resources and funding of the NGO.

Dr. Mugisha also had the private company declared to the IGG in accordance with the Leadership Code.
The foundation is a not-for-profit company that carries out its own fundraising activities to assist the vulnerable communities.

The allegations that the NWSC chief used his official mobile number to make huge private transactions off the corporation coffers have also since been dismissed as unfounded.

According to Mr. Apedel, the private mobile money transactions using a UG number attached to the MD and publicly known were purely private and “the practice did not violate any laws of the country”.

It was also noted that for the record, while the NWSC does get receivables through mobile money, it doesn’t pay out through the same medium.

NWSC has also explained that the company has never gotten COVID-19 relief funds from Government as alleged. Government has only been paying water bills owed to NWSC which has been paid out in accordance with NWSC financial procedures. Moreover, “all recruitments and staff promotions at NWSC are conducted in line with the provisions of the company’s HR Manual” Dr. Mugisha intimated.

Dr. Mugisha, speaking to the media from Pader on Friday,  where he is on a performance improvement tour of the corporation’s operations in Eastern and Northern Uganda says he was fully focused on working with his team to hit the institution’s targets of “securing water for all” as tasked by the Board.

“The allegations are diversionary, lack facts and proper hypothesis but if we all were to focus our efforts and creativity in service delivery, I am sure the country would go far,” he said.

The NWSC Board recently approved the Corporate Plan 2021-2023 which has given the corporation’s management new outlook and ambitious targets including new areas of transformation to re-engineer business.

It is understood that some big political heavy weights from Bushenyi, the traditionally political poralised district, who initially dismissed Ms Annet Mugisha’s ability to win the district woman MP seat, have since decided to target her husband to dislodge him from the NWSC Managing Director’s job.