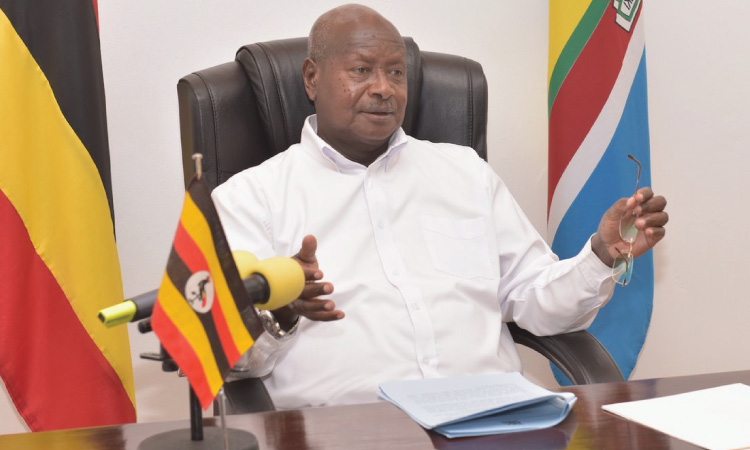 President Yoweri Museveni defended the controversial giveaway of oil money to 42 senior government officials as a reward for winning a tax case.
Museveni told the NRM caucus yesterday that giving out the money did not contravene any local laws.

He however admitted that the process of naming the beneficiaries could have gone wrong and some people who were not even involved in the case were included on the list making them  42.

“The only thing that could have gone wrong was to infiltrate names of people on the list who were not involved on the case,” Museveni said.

While speaking to NRM Caucus in Entebbe on Tuesday, Museveni said that the act was deliberate and it was only meant to thank all those that were involved in oil case against Tullow.

“I reject that I did anything wrong. I am very proud of these young people,” he said.

It’s worth noting that in June 2015, a protracted legal battle over capital gains tax between URA and Tullow oil resulted into a settlement of Sh824bn and about Shs6bn was doled out to senior government officials as a reward for their role in facilitating the successful settlement.

However, the general public did not perceive it in good faith and demand for this money to be returned to government coffers because it was not illegally given out.

Museveni noted that during court proceedings, many people persuaded him to chill the case, but he was confident in the group that was handling it, which indeed did not disappoint him. It was through this background that he decided to thank them.

“If the support staff were part of the big war that saved Uganda trillions and gained US$451 million, if they get 50m Ugandan shillings for their first time in life, it is okay. It was their luck that they were part of the war,” Museveni said.