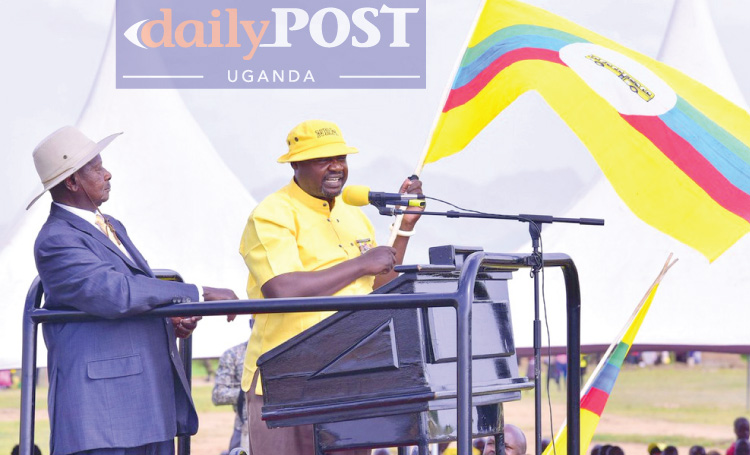 KOTIDO – The National Resistance Movement-NRM party is considering conducting its primary elections by lining up behind candidates to avert division in the party.

President, Yoweri Museveni who also doubles as the NRM party chairperson disclosed this on Sunday at Lomukura grounds in Kotido municipality while canvassing support for NRM candidates.

While NRM declared Peter Abraham Lokii, the official party candidate for the municipality MP seat, his rival Jean Mark Aporu contests the primary election results citing ballot stuffing and other irregularities. As a result of the numerous complaints, Museveni says may be forced to bring back lining up behind candidates.

Museveni also dismissed claims that the opposition seems to be gaining ground in Kotido.

Unlike other districts of Karamoja where only NRM fields candidates, Kotido Municipality has candidates from opposition parties for both MP and Mayoral elections.  The opposition Forum for Democratic Change-FDC party and People’s Progressive Party have fronted Moses Oriono Okot and Emmanuel Keem respectively for the parliamentary seat
Calistas Adome Lokwi is the FDC mayoral candidate while Daniel Abual Kapel is running on the PPP ticket. Both seats have NRM leaning independents including Jean Mark Aporu for MP and Henry Evans Kubal for mayor.