A shrewd, flamboyant businessman swimming in a sea of impunity with high ranking God fathers, are some of the words that get thrown around when describing Hamis Kiggundu.

Popularly known as Ham, the businessman, has been the centre of controversy for the past few weeks.

A ruling from an application he filed at the Commercial Court through his lawyers Muwema and Company Advocates in August sent tremors through the financial sector.

Bankers, through their Association, were up in arms.

In the case of Ham Enterprises Limited and Kiggs International Uganda Limited owned by Hamis Kiggundu, versus Diamond Trust Bank (DTB) Uganda and Diamond Trust Bank Kenya, Justice Peter Adonyo ruled for the applicants after determining that it was illegal for DTB Kenya to extend credit facilities to Ugandan entities without a licence or prior approval from the Ugandan regulator.

A legal alert from Africa Legal Network (ALN) explains that between February 2011 and August 2018, Ham Enterprises Ltd and Kiggs International (U) Ltd, received various credit facilities for commercial construction and development. The funds were advanced by DTB Kenya with DTB Uganda acting as a collection agent in country. The credit facilities were secured with mortgages of properties in Uganda belonging to Ham Enterprises and Kiggs International.

DTBK and DTBU contended that the credit facilities became non-performing with an outstanding liability of more than $10 million.

This non-performance moved the banks to make deductions on account of interest and other charges from Ham’s accounts in accordance with the relevant loan agreements.

However, Ham disputed DTB’s loan claims arguing that he had settled all debt obligations and was in fact owed $23m (Shs85.8b) on account of the unlawful deductions by the banks.

Justice Peter Adonyo awarded Ham $23m and Shs34.2b and deemed the alleged loan transaction illegal as DTB Kenya failed to produce a licence allowing it to conduct financial institutions business in Uganda from Bank of Uganda.

The justice also declared that the appointment of  DTB Uganda by DTB Kenya, as an agent bank and security agent in respect of the the latter’s loan was illegal, and in breach of fiduciary duty and the Financial Institutions Act 2004 (As Amended) as well as the Bank of Uganda Consumer Protection Guidelines 2011 and the Kenyan Banking Act.

The two laws on which Ham based his argument were; Section 117 of the Financial Institutions Act which states that a foreign bank may, in such form and in such manner as shall be prescribed by the Central Bank by statutory instrument, apply to the Central Bank for permission to establish a representative office in Uganda to engage in such limited activities, excluding the taking of deposits as the Central Bank may approve and regulation 5 of the Financial Institutions (Agent Banking) Regulations 2017, which provides that;

“A financial institution shall not conduct agent banking in Uganda without the prior written approval from the Central Bank.”

The ruling which is being appealed by DTB Bank struck a nerve amongst multiple players including the legal and business fraternity as well as government.

Many held views, many were trashed. Uganda Bankers Association (UBA) premised its argumentative opinion on the fact that the ruling, in essence, banned syndicated financing in Uganda which threatened a loan portfolio worth Shs5.7 trillion.

In a move that some criticised as blackmailing government, UBA intimated that government being one of the biggest beneficiaries of syndicated loans, would be affected by the ruling.

Government indeed responded. In a statement aimed at settling the storm, it committed to fulfilling its loan obligations from both domestic and foreign lenders.

However, Bank of Uganda, whose response came last, cast doubt on Ham’s argument.

According to Bank of Uganda, loans extended using monies that are not collected from depositors in Uganda and funds from international, regional or development finance institutions are not under its regulatory mandate.

“Using funds owned privately by individuals, corporates, private equity funds local or foreign; using funds of members of small member-based collective savings or lending organisations that do not advertise themselves as safe keepers of money or solicit for funds from the public in Uganda,” the statement read in part.

“Using funds obtained from foreign banks that do not take deposits from the public in Uganda,” the financial institutions regulator went on to say.

In regard to appointing DTB Uganda as an agent for DTB Kenya, BoU says agency relationships outside the definition in the Financial Institutions (Agent Banking) Regulations do not require its authorisation as argued by Muwema.

An entity that is not licensed as a financial institution in Uganda, the Central Bank says, is not eligible to apply to BoU to conduct Agent Banking.

“International and Regional Development Organisations, foreign banks, and other lenders both local and foreign who may choose to appoint any entity or person to act as their agent in Uganda under general contract law do not require approval from BoU. Such agencies do not fall within regulated agency under the FIA, 2004 and do not require a BoU licence,” the central bank statement explains further.

Mr Twinemanzi Tumubweine, executive director in charge of bank supervision, BoU, says the law is clear on the Central Bank’s mandate of regulation. However, it can be amended if need arises.

The Financial Institutions Act was last amended in 2016.

Even with the clarification from BoU, for the banking industry, if the ruling is maintained, it poses a threat to the over Shs5.7 trillion it has in syndicated loans. The ruling would set precedent which borrowers could use to default on their loan obligations.

Since the ruling did not ban syndicated loans but rather checked the process through which foreign banks can lend through local banks, UBA worries indicate that there could be more cases of loans executed in a similar manner as that of Ham and DTB.

Why is syndicated loaning popular?

Uganda’s banking industry, according to the Deposit Protection Fund by June 2019 was worth Shs30.3 trillion in assets with the number of deposit accounts increasing from 11 million to approximately 14 million.

While there has been growth over the decade, total deposits(money saved with the banks) in the industry were only Shs22 trillion in June 2019.

This portrays the low savings culture in Uganda which limits the amount of money banks can lend out to customers despite the increasing capital intensive infrastructure developments needs in the country. 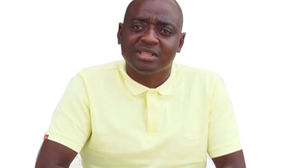 The main fear arising from the ruling, is the threat it presents to foreign direct investments and acting as a propellant to capital.

Mr Elison Karuhanga, partner at Kampala Associated Advocates, says the value of capital DTB has invested in the country should not be underestimated as very few Ugandans would have the capacity or willingness to invest over Shs25b to start a bank.

“Capital is a coward, it goes where it grows. If a capitalist looks at your economy and realises he will not make money, he will not come there,” he noted while appearing on a television show on one of the local TV stations.

The risk that recouping their money might be impossible creates a major deterrent for investment in the country.

Uganda’s banking industry is predominantly foreign owned with many of the operating banks as subsidiaries in the country.

In addition, Africa Legal Network explains that multilateral creditors constitute the largest share of Uganda’s external debt providers, which is estimated at $5.8 billion, according to a report by the Ministry of Finance.

This implies that there is a high likelihood that financial inflows into Uganda from offshore lenders will be severely restricted as a direct result of the ruling.

Discouraging foreign lending especially in a period such as the nearing of the big oil and gas infrastructure projects would be detrimental to the economy.

The pipeline agreement is a $3.5b(Shs13 trillion) investment project that will run through Uganda and Tanzania.

The crude oil pipeline alone is Shs9 trillion shy of the Shs22 trillion deposited with banks by customers in 2019.

Limitation in customer deposits and banks’ core capital forces the financial institutions to look outward to meet some credit needs.

Government itself receives a lot of money from lenders whose jurisdiction is not    in Uganda such as Chinese government and various financial development agencies.

For 2020/21, Uganda received Shs12.4 trillion in external lending to finance her Shs45.4 trillion budget to run the economy.

Furthermore, impact on FDI has a direct correlation to job creation, electricity consumption and economic growth especially in developing countries.

The public will now have to wait for hearing of the appeal by DTB to determine whether the landmark ruling will be cemented in Uganda’s books of law.

Mr Sebatindira emphasized the need for an expeditious appeal to settle the anxiety among participants in the syndicated loan market and to ensure stakeholder confidence.

“Until then, credit negotiations for the much-needed funding will be buoyant and will frustrate projects already set in motion,” he said.

There is dire need for funding infrastructure projects by both public and private sector with the recent significant conversations around the recently signed Total- Uganda pipeline agreement.

A syndicated loan, also known as a syndicated bank facility, according to online sources is financing offered by a group of lenders referred to as a syndicate who work together to provide funds for a single borrower. Syndicated loans arise when a project requires too large a loan for a single lender or when a project needs a specialised lender with expertise in a specific asset class. Syndicating the loan allows lenders to spread risk and take part in financial opportunities that may be too large for their individual capital base.

VIDEO: Man who framed Police for stealing his phone kills lover, locks body in boutique
Museveni is at his weakest, I will defeat him decisively – Tumukunde