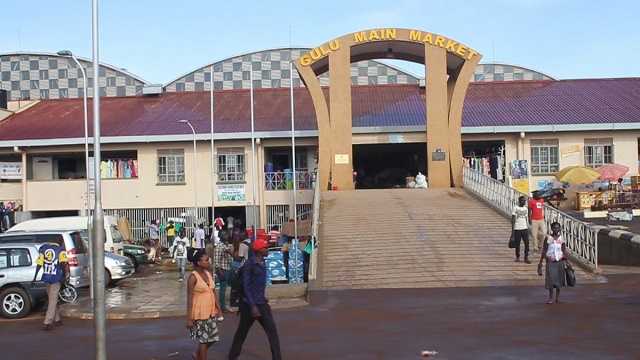 The market which accommodates 4,000 vendors was disconnected from the NWSC supply line for nearly a month over accumulated water bills of 22 million shillings. This followed failure by Pece-Laroo division authorities to clear water bills for close to ten months. Stephen Gang, NWSC Gulu City Branch Manager said that they restored water supply following a meeting with Pece-Laroo Division council authorities. Gang notes that the council officials highlighted the challenges they faced that affected their abilities to remit payment for utilities not only to NWSC but other service providers.

“They explained the status of their fund, that when they collect their money the remit to the Central Government. We had to reconnect them because we realized they will pay later,” Says Gang. He also notes that as NWSC, they realized the difficulties in maintaining hygiene at the market without constant water supply since many facilities at the market require water prompting them to reconnect the water supply.

“We have seen that it wasn’t a very good thing, there are very many facilities that need water, it’s not a good thing to disconnect them, and at the same time it will affect our billing as well, we need to understand each other and we move on,” He said. Gang says Pece-Laroo Council authorities have promised to clear the accumulated arrears in one month. Geoffrey Otim, the Pece-Laroo Division Mayor on Tuesday said the operation of the council has been greatly affected by lack of cash due to the non-remittance of locally raised revenue by the central government.

He says for the past eight months, local revenue generated in the city has been going to the treasury but hasn’t been returned back to finance the operation of the city council. Otim says to that effect, they haven’t been able to pay utility bills, money owed to suppliers, employees’ salaries, and fund garbage collection. For instance, he says the Division hasn’t also paid accrued arrears for security amounting to about 40 million shillings to a security firm guarding the Main market.

He notes that once the money is remitted from the Central Government, they will offset all their accrued financial obligations.
On average, Gulu Main Market incurs water bills ranging between 3.8 million shillings to 4 million shillings monthly. Early this month, city councilors criticized the Ministry of Finance for failing to remit the council’s local revenue collected using the Integrated Revenue Administration System-IRAS.

The City council this financial year 2022/22 raised 1.8 billion shillings in local revenue using IRAS but the central government has only remitted shillings 491 million shillings to be utilized between July and September last year. About a week ago, the city councilors stormed the State House in Entebbe to meet with the president over the persistent delays to remit local revenue to finance the operation of council businesses.

Over 50,000 housing Units to benefit from NWSC & NHCC partnership
My son was poisoned, he didn’t die of a natural cause – Oulanya’s father claims