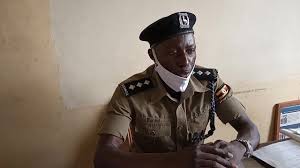 “We have arrested our officers who were on duty. These were led by assistant inspector of police Francis ogwak and we are charging them with negligence of duty,” the Elgon region police spokesperson Mr Rogers Taitika told this publication after several suspects broke out of the Namisindwa District CPS on Thursday morning.

“We have already started a manhunt for the nine suspects who escaped after breaking the police cell. We are also investigating circumstance under which these escaped,” the Elgon region police spokesperson Mr Rogers Taitika said confirming the February 17 morning incident.

The suspects broke out of the Namisindwa District CPS where they were being temporarily held pending their appearance in court.

“Three of the suspects are on capital offences, two on defilement, one on rape, while the others were being charged of domestic violence, theft and supply of fake money. We are working hard to see that these are re-arrested and charged for escaping from police custody alongside their original cases,” Mr Taitika said.

He further appealed to the community to collaborate with police to apprehend the suspects.

“These are a danger to our society thus we should work together to weed them. Communities of Namisindwa District and surrounding districts of Manfwa, Bududa, Tororo and Mbale should collaborate with police in case they see the suspects,” he said.

Mr Emma Bwayo, the district youth councillor questioned police over dealing with what he described as “life-threatening” suspects.

“That’s why sometimes we prefer mob justice on some of these criminals because even if you take the case to the police, these people are arrested but they find their own ways out and come back and deal with you who took them to police,” Mr Bwayo noted.

Several jail breaks are reported in Uganda annually with President Museveni recently attributing such acts to “corruption within security systems.”