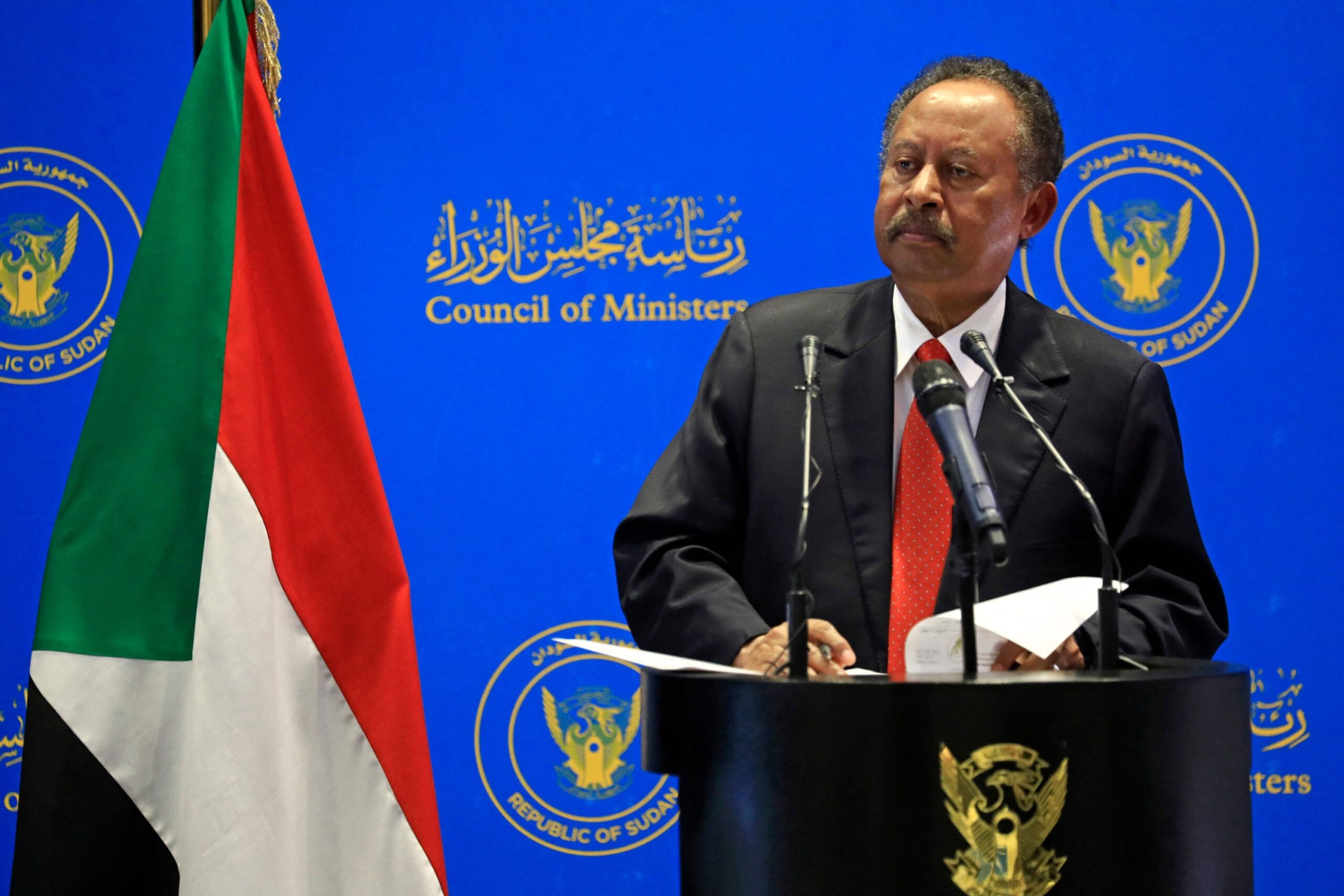 The Sudanese Professionals’ Association (SPA), a group leading demands for a transition to democracy, said there were internet and phone signal outages across the country. It urged the people in a press release to resist attempts by the army to seize power.

A possible takeover by the military would be a major setback for Sudan, which has grappled with a transition to democracy since long-time autocrat Omar al-Bashir was toppled by mass protests.

Monday’s arrests come after weeks of rising tensions between Sudan’s civilian and military leaders. A failed coup attempt in September fractured the country along old lines, pitting conservatives who want a military government against those who toppled al-Bashir more than two years ago in mass protests.

The whereabouts of Hamdok were not immediately clear, amid media reports that security forces were stationed outside his home in Khartoum. Photos circulating online showed men in uniform standing in the dark, allegedly near his home.

The arrests followed meetings the U.S. special envoy for the Horn of Africa Jeffrey Feltman had with Sudanese military and civilian leaders Saturday and Sunday in efforts to resolve the dispute.

Sudan’s state news website highlighted the meetings with military officials. NetBlocks, a group which tracks disruptions across the internet, said it had seen a “significant disruption” to both fixed-line and mobile internet connections across Sudan with multiple providers early Monday.

“Metrics corroborate user reports network disruptions appearing consistent with an internet shutdown,” the advocacy group said. “The disruption is likely to limit the free flow of information online and news coverage of incidents on the ground.”

According to Reuters the Khartoum airport was shut and international flights were suspended on Monday, the Dubai-based al-Arabiya TV channel reported. There was no announcement from the Sudanese government on the status of the airport.

Sudan has been undergoing a precarious transition marred by political divisions and power struggles since the April 2019. Since August 2019, the country has been led by a civilian-military administration tasked with overseeing the transition to full civilian rule. The main civilian bloc — the Forces for Freedom and Change (FFC) – which led the anti-Bashir protests in 2019, has splintered into two opposing factions.

“The crisis at hand is engineered – and is in the shape of a creeping coup,” mainstream FFC leader Yasser Arman told the Saturday press conference in the capital Khartoum. “We renew our confidence in the government, Prime Minister Abdalla Hamdok, and reforming transitional institutions – but without dictations or imposition,” Arman added.

Last week tens of thousands of Sudanese marched in several cities to back the full transfer of power to civilians, and to counter a rival days-long sit-in outside the presidential palace in the capital Khartoum demanding a return to “military rule”.

Hamdok has previously described the splits in the transitional government as the “worst and most dangerous crisis” facing the transition.

On Saturday, Hamdok denied rumours he had agreed to a cabinet reshuffle, calling them “not accurate”. The premier also “emphasised that he does not monopolise the right to decide the fate of transitional institutions.”

Also on Saturday, US Special Envoy for the Horn of Africa Jeffrey Feltman met jointly with Hamdok, the chairman of Sudan’s ruling body General Abdel Fattah al-Burhan, and paramilitary commander Mohamed Hamdan Daglo. “Feltman emphasised US support for a civilian democratic transition in accordance with the expressed wishes of Sudan’s people,” the US embassy in Khartoum said. Analysts have said the recent mass protests showed strong support for a civilian-led democracy, but warned street demonstrations may have little impact on the powerful factions pushing a return to military rule.