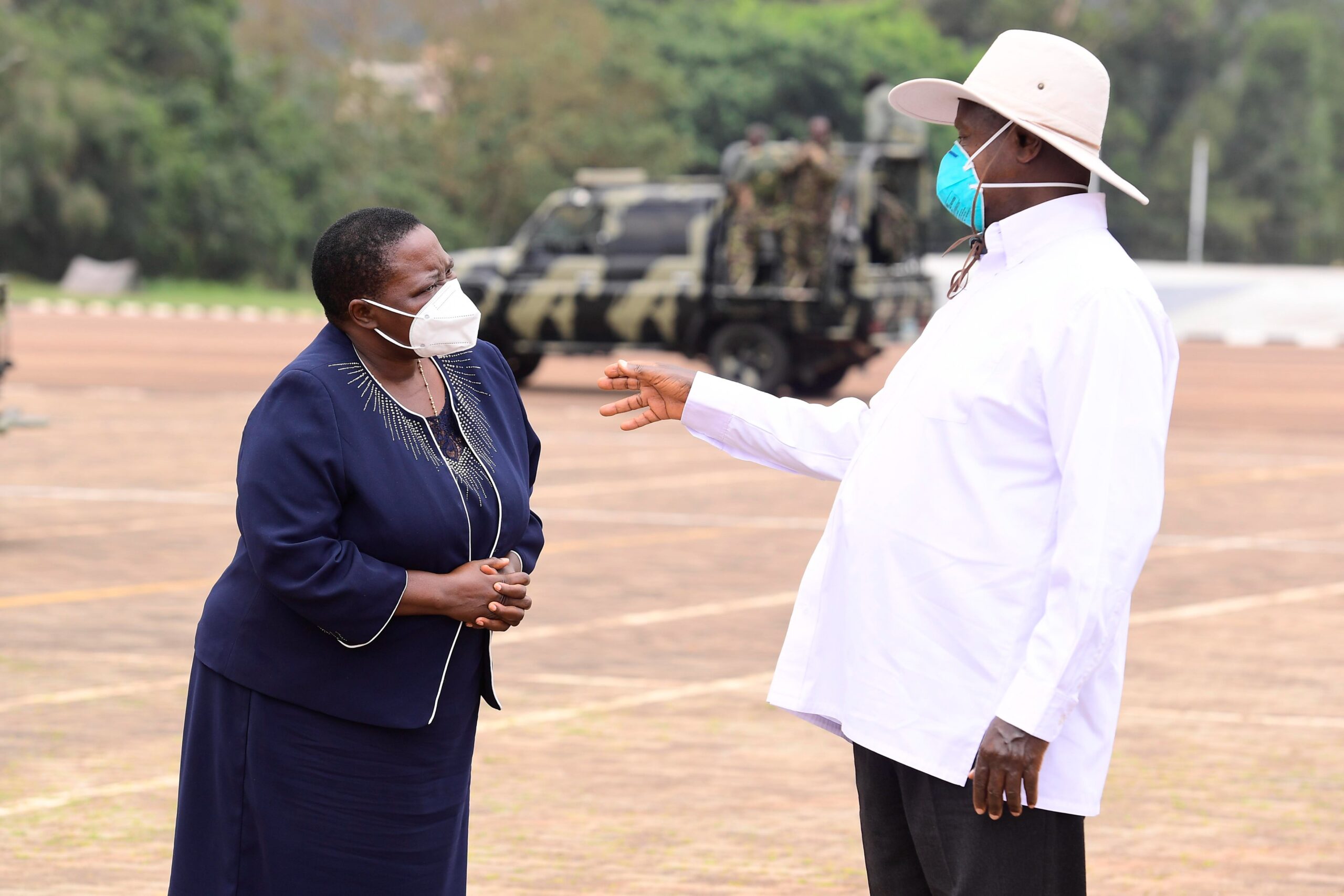 In a letter to Prime Minister, President Museveni introduced SMS Construction Ltd and gave reasons why all the upcoming juicy construction deals at UETCL and NSSF should be given to it. The letter is addressed to Premier Robinah Nabanja who must effect the necessary coordination to ensure the favored company gets the lucrative deals provided it means the minimum compliance requirements.

The President uses the same letter to direct that the same company should also be given lucrative deals for the construction of headquarters for the Ministries of Works and that of Internal Affairs. That they should also have work ring-fenced for them at Government Analytical Laboratory based in Wandegeya.

Gen Museveni says this will capacitate the local construction company and contribute towards making it better resourced as envisaged under the BuBu policy.

In the same letter Museveni goes ahead to highlight the related work experience the company has built over time. These include doing some works at Mulago Hospital, the East African Center of Excellence at UHI, Patrick Bitature‘s Mariot Hotel & Executive Apartments and the IGG headquarters which they inherited from struggling Roko Construction which has since fallen on hard times prompting government to come to their rescue. 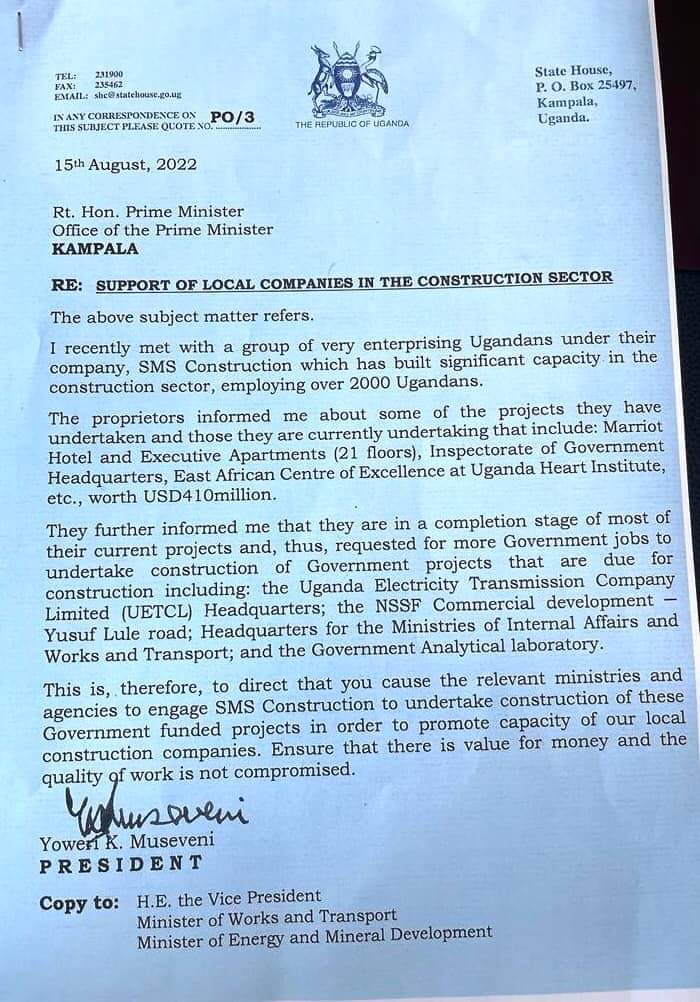 Daily Post Uganda understands that when Roko felt adequately constrained, having fallen on hard times, its officials reached out to the IGG proposing to outsource the job to SMS Construction and this was provided for in the original contract between the IGG ad Roko Construction. Insiders at the IG say that there is demonstrable satisfaction that SMS Construction has done a good job thus far and the headquarters project will be completed and delivered on schedule.

Museveni’s directives follows a meeting with SMS Construction Ltd, a group of enterprising local Ugandans engaged in large-scale construction.
The team led by Mr Ponsiano Ngabirano, Chairman Board of Directors at SMS construction Ltd went to make a case to the President for government intervention to enable them & other domestic contractors build financial and technical capacities. 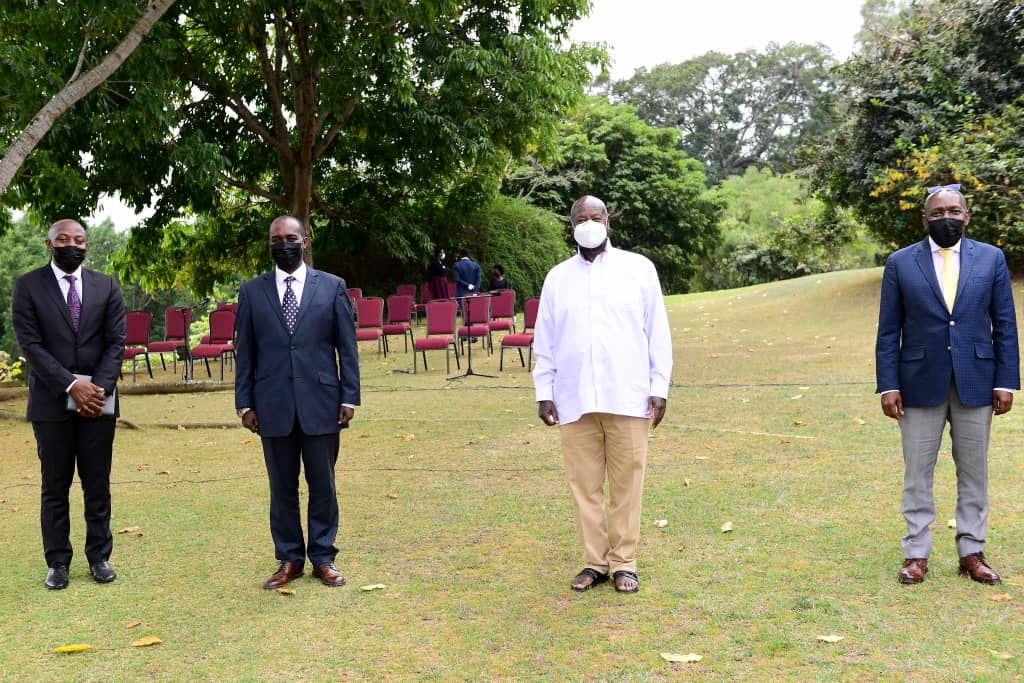 However after meeting with members of SMS Construction Ltd, President Museveni pledged to reiterate government’s BUBU policy and commitment to support local contractors. ” I reiterated government’s BUBU policy and our commitment to support local contractors in their attempt to compete favourably in the country’s infrastructural development.” Museveni wrote on his official Twitter handle on 02 September.

There is a trace of light at the end of the tunnel as government pledges to help local contractors handle big projects.