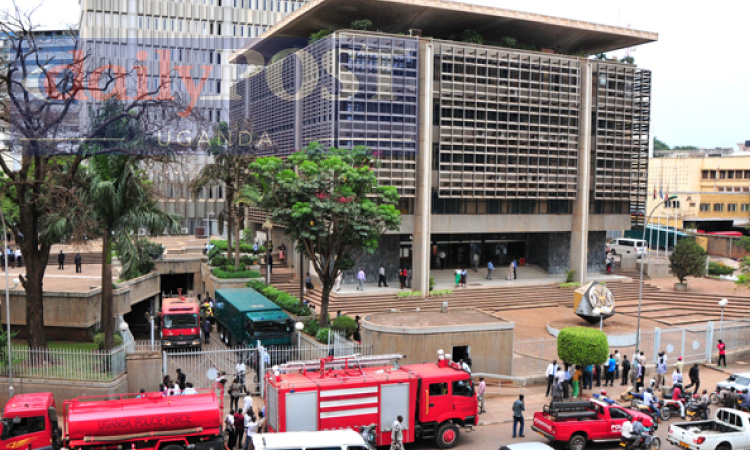 The Auditor General’s office yesterday unleashed a team of forensic experts to Bank of Uganda headquarters to demand all documents relating to the controversial sale of Crane Bank and other closed commercial banks.

This follows the Speaker of Parliament Rebecca Kadaga’s letter to the Auditor General insisting that the Central Bank had to be audited as directed by the House.

The move marked the long-awaited audit of Bank of Uganda which has been in the past hiding behind being autonomous.

Sources within the AG’s office confirmed that Mr Muwanga sent a team of about 20 forensic experts in ‘criminology’ and ‘accounting’ to examine BoU operations with “microscopic precision.”
The team was led by Mr James Bantu, the Director of Forensics.

Sources said Mr Bantu was given “strict instructions” to look into the status of various banks at closure, cost of liquidation, assets and liabilities of the closed banks, non-performing assets, non-recoverable assets of the banks in question and the entire disposal chain.

The Auditor General had put off the audit after back and forth correspondences from deputy speaker Jacob Oulanyah, Solicitor General and deputy BoU governor Louis Kasekende, sought to bury the audit.

However, upon insistence by the chairman of the Committee on Commissions, Statutory Authorities and State Enterprises (Cosase) Abdu Katuntu, who sought the intervention of the Speaker after reading underhand methods in thwarting the process.

On m ay 9, 2018 Katuntu authored a letter to the Speaker of Parliament Rebecca Kadaga titled “Special Audit of the defunct banks”.

Katuntu referred to the letter by the Deputy Governor of BoU Kasekende dated May 2 2018 copied to the speaker, auditor general and him, the Cosase chairman.

Katuntu told the Speaker that the letter from Mr Kasekende was “strange” and pointed out that the letter should have been sent to the Speaker herself for guidance. Katuntu also said “Parliament of Uganda is not bound by the Attorney General’s advice.

“The purpose of this communication is to put the matter into perspective and request that you may be pleased to guide the Auditor general to proceed with the Audit,” Katuntu wrote.

It is upon this letter that the Speaker penned the no-nonsense letter to Mr Muwanga, which made the Auditor General team to immediately storm BoU to carry out the long-awaited audit.

Early, Katuntu had written to Kadaga saying he had received reports that BoU had prevented the Auditors from accessing information in the closure of Crane Bank and National Bank of Commerce.

In a letter dated May 10 2018, Ms Kadaga told AG John Muwanga to ignore the earlier Oulanyah directive to stay investigations but go ahead with the audit and submit the report to her office.

“The request from the Committee on Commissions, Statutory Authorities and State Enterprises (Cosase) was premised on the finding by that committee that there has never been any report by the Bank of Uganda on the defunct banks,” Kadaga wrote, reacting to Mr Muwanga’s 23 April letter to her.

Kadaga also told Muwanga’s that there was no public institution which was not subject to audit.

“Audits are processes directed by the constitution,” she wrote, explaining that auditing how closed banks were handled should be the norm and has nothing to do with the BoU roles in the supervision of financial institutions.

The audit is going to throw a spotlight on BoU activities and most likely will unearth the anticipated rot in the running of the affairs of the central banks, which culminated in the reckless closure of the third biggest banks in the country, Crane Bank.

It has emerged through court documents that the bank worth more than sh1.3 trillion was sold as a mere Sh200 billion to DFCU Bank on credit. Yet it was not clear how the money paid to Bank of Uganda is managed.

The sale of Crane bank was done by BoU without involving the shareholders of the bank, who until now have never officially known how much the bank was sold.