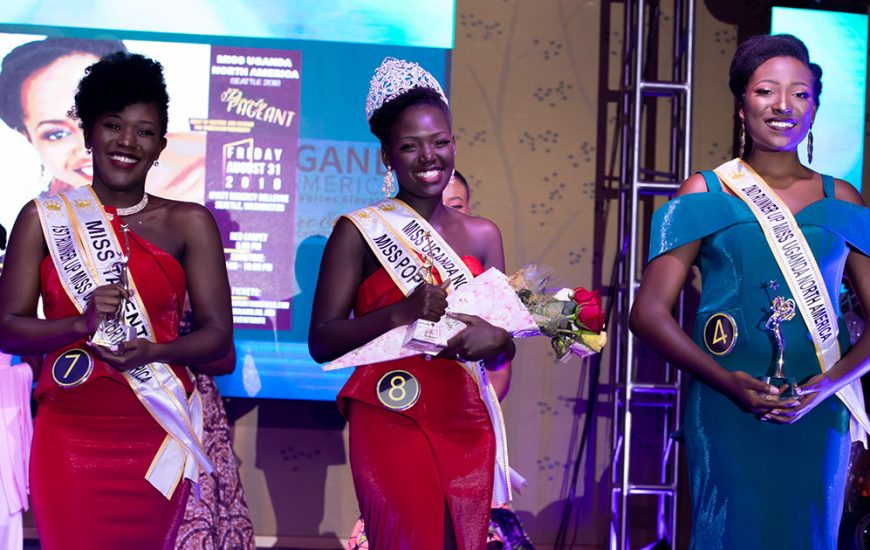 KAMPALA: The 2019 Miss Uganda North America Leadership Bootcamp and Beauty Pageant featuring the class of 2019/20 will be held in the beautiful city of Chicago, Illinois, according to organisers.

The Pageant will take place on Friday August 30th at the Hyatt Regency Chicago.

This year’s theme is Empowered by Diversity, organisers say, adding that: “Women bring so much uniqueness to society. Uniqueness can be in the form of ancestry, socio-economic status, religious beliefs, political beliefs, race, preferences, lifestyle, past experiences and much more.”

According to organisers, the aim of this theme is to work with our Class of 2019 to explore how this diversity can be used to better the world, and to spread a message of tolerance by celebrating the richness of culture and the strength of society that are created by diversity.

As usual, the event kicks off with an hour of red carpet unveiling and photography for VIPs and networking. Then the pageant follows. Performers to look forward to include Fille, Geosteady, Naira Ali and Kenneth Mugabi.

The Miss Uganda North America Leadership Program was started in 2017 as a partnership between Inzozi Fashion House and the Ugandan North American Association (UNAA). Today it has grown into an independent leadership program and continues to successfully execute various initiatives around the globe to implement its objectives.

The program supports young Ugandan women living or studying in North America to achieve their educational and leadership goals by promoting awareness of global issues and their cultural heritage. It also creates opportunities for them to connect with Ugandan and international communities globally to discover ways to collaborate on business, women’s issues, education, charity and other initiatives. Recently, the founders of Miss Uganda North America spun off a new program – African Women Lead – that will extend its initiatives to all African women around the globe.

Meanwhile, Comedian Patrick Idringi – aka Salvado – will host at the 2019 UNAA Convention at the Hyatt Regency Chicago from August 29th to September 1st 2019. The celebrated comedian has received international acclaim as one of Uganda’s funniest comedians – performing and competing in West Africa, South Africa, the United Kingdom, and the United States. He is also one of the most sought-after event MCs on the African continent.

Artist Line-up
These are the artists that have been confirmed so far, with more to come. Stay tuned for more updates on the artist lineup.

Geosteady * One of the hottest voices on the continent. Latest hit: Ebisembayo.