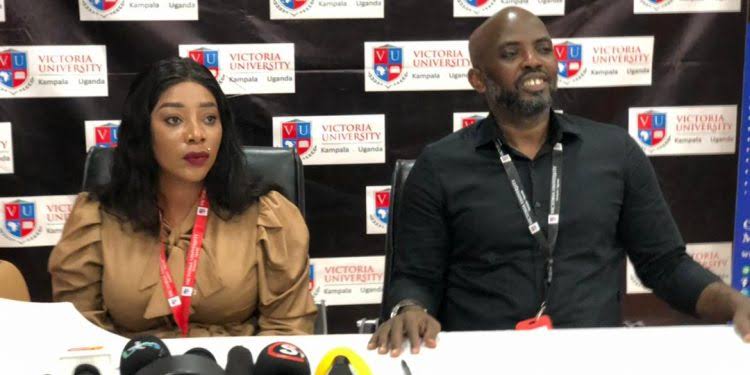 KAMPALA: Victoria University has cleared the air about the alleged appointment of socialite Shanita Namuyimbwa also known as Bad Black as their brand ambassador.

On Monday social media platforms were covered with the news of appointing Bad Black as an ambassador of the private Victoria University .

Speaking to the media in Kampala yesterday, the Victoria University Vice Chancellor, Mr Lawrence Muganga said that Ms Namuyimbwa is one of their new students who wants to pursue a short course.

“Victoria University is only here to help Ms Namuyimbwa to improve herself to become a better and reproductive human being through pursuing impactful English Language and Digital Marketing,” he said.

Mr Muganga added that Ms Namuyimbwa approached them and expressed her passionate desire to further her education.

Mr Muganga also revealed that Victoria University is committed to help all the vulnerable students who want to pursue their studies in higher institutions of learning.

“We say that if you manage to get one principle pass or obtain only two subsidiaries- you’re not a failure and we will help you to pursue a Higher Education Certificate (HEC) approved by the National Council of Higher Education (NCHE),’’ he said.

Ms Namuyimbwa said that she changed her mind to recommence studies because she is now a responsible mother of four children.

‘‘It’s now the right time to become a new person and am very happy that am going to learn fluent English and Digital Marketing. I want to pursue what is best for me and my children in future because everything is becoming digital,’’ she said.

Ms Namuyimbwa added that given her past criminal background, she wanted to signal a good example for inmates to realise that they can reform even after spending decades behind bars.

“I also urge single mothers to believe in themselves because chances are there but they have to be determined on what they want to be in future,” she said remarked.