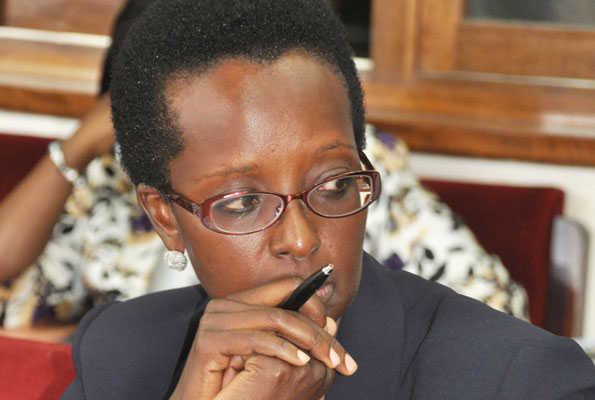 KAMPALA: Uganda National Roads Authority (URA) will this financial year return up to 4,000 land titles to persons affected by road works across the country, the head of land acquisition at UNRA, William Matovu, has said.

UNRA, which keeps the titles to avoid land owners obstructing works because of their land ownership, has held some of the titles for over four years.

The officials led by Executive Director, Allen Kagina, were appearing before the Committee on Commissions, Statutory Authorities and State Enterprises (COSASE) to answer queries in the Auditor General’s report for the Financial Year 2017/2018.

They told the committee that UNRA had returned 1,118 out of the 5,258 titles to their rightful owners.

Matovu told members that 293 titles are ready to be returned to their owners immediately.

“We have been working closely with the Ministry of Lands, Housing and Urban Development and within 12 months, all the remaining 4,000 titles will be returned,” said Matovu.

He added that the Ministry of Lands, Housing and Urban Development has assigned eight staff to UNRA offices to support the process.

“This team will be responsible for plotting, processing and approving bid plans from UNRA,” said Matovu.

Lawmakers further learned that there are 13 law suits against UNRA over land titles, which suits, the Director Legal Affairs at UNRA, Mary Kuteesa, said the Authority cannot defend itself in court.

“What we have done is that for all those that have sued us, we have tried to settle or return the titles under MoUs even when they are sub divided,” said Kuteesa.

The legislators urged the roads body to expedite the process of returning titles to the owners to avert further loss of public funds in court cases.

Theodore Ssekikubo said that delay in return of titles affects the livelihoods of those whose titles were taken away.

“Concerns are arising that the titles risk getting lost in the hands of UNRA and those affected have made losses in their businesses as they cannot secure loans using their titles,” said Ssekikubo.

MP David Abala wondered why the return of titles, which are ready, has to wait for a year.

“Unless there is another issue as to why you are keeping them, these titles should be returned to the owners before 12 months. These people need their titles back,” said Abala.

Meanwhile, the MPs also demanded for an explanation from UNRA Executive Director, Allen Kagina, over contingent liabilities owed by the road’s agency totaling to Shs430 billion.

The amount constitutes costs and damages paid by UNRA to plaintiffs who sued UNRA for compensation over land acquisition by government.

Gov’t unhappy with BoU, says it will soon take action on COSASE report
Makerere students threaten to strike over fencing of Freedom Square