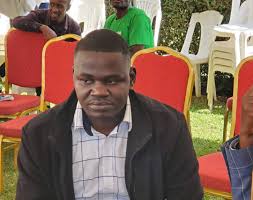 OMORO: The family of Oulanyah and the Acholi Parliamentary Group previously made suggestions that the position be left for the former Speaker’s children.

Ms Alyek said the family should identify one of Oulanyah’s sons to replace their father and the chosen one will be presented to the community of Omoro and the entire country.
However, Mr Richard Bongomin Luganya, the Omoro District council speaker, who presided over the joint council meeting, ruled out the proposal saying it was not justifiable and that it was outside the mandate of the local government.
“According to our rules of procedure under Article 20 of the Local Government Act, we are supposed to make pronouncements on what we have power and authority on. I wouldn’t want to rule it out but, this honourable council has no power over this proposal,” Mr Bongomin said.

This comes days after the Acholi Parliamentary Group chairman, Mr Anthony Akol, told mourners that the Speaker of Parliament, Ms Anita Among, had asked him to ensure that Mr Andrew Ojok, one of Oulanyah’s sons, is elected as the new Omoro County MP.
Mr Akol made the remarks while addressing mourners at a vigil at Oulanyah’s home in Muyenga, Kampala, on Monday.
“I have been given responsibilities by the Speaker of Parliament who is newly elected to make sure that one of the family members should be the next Member of Parliament. I think I will deliver that,” he said.
However, Mr Ricky Richard Anywar, a member of the parliamentary group, said they had not met to agree on the proposal to ring fence the position for a specific member of Oulanyah’s family adding that the MPs do not have the authority to choose a legislator for the people of Omoro.

The family of Oulanyah had also previously hinted on fronting either Mr Ojok or Mr Denis Okori, another child of Oulanyah and Katakwi deputy Resident District Commissioner, to take over their father’s position.
According to the family, the Speaker had several plans not only for the constituency, but Omoro District and northern region as well and these plans were yet to be fulfilled. They said a successor from their family is best placed to fulfill them.

But in an earlier interview with the press, Mr Ojok said: “I will speak to this [contesting to be the MP Omoro] after the burial.”
The Electoral Commission (EC) yesterday declared the Omoro County seat vacant and said preparations had already begun to fill the position.

Oulanyah’s death;
President Museveni announced the death of the former Speaker on March 20. He died in Seattle, US where he was airlifted in February for medical care. He was 56.
He will be buried today in Omoro District.
Oulanyah was the Omoro County MP from 2001 to 2005 and then from 2011 until his death.