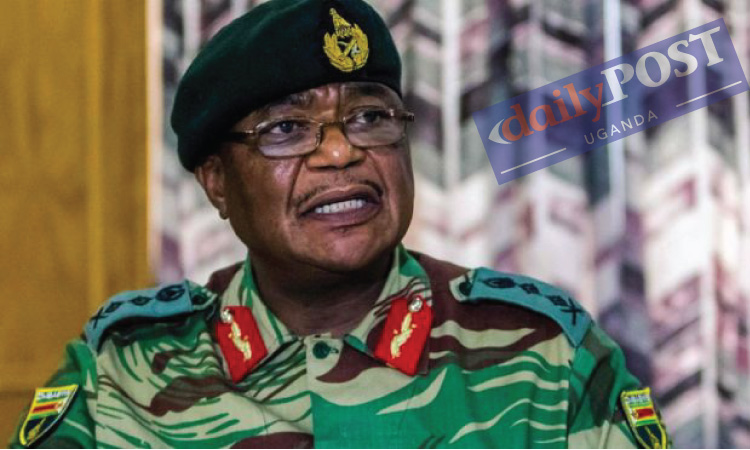 It comes after Mugabe, 93, sacked the army man many believed most likely to succeed him – in order to pave the way for his wife Grace, 52, to take over running the country when he dies

Tanks have been spotted heading into Zimbabwe capital Harare amid rumours of a possible COUP against President Robert Mugabe.

The move comes less than 24hrs after the head of the armed forces said he was prepared to “step in” to end a purge of supporters of ousted vice-president Emmerson Mnangagwa.

Mugabe, 93, is thought to have sacked the man many believed most likely to succeed him in order to pave the way for his younger 52-year-old wife Grace to take over running the country when he dies.

The head of the armed forces wants to see someone with an army background as the head of state – and will know that there is little support for much-loathed Mugabe on the international stage.

At least four tanks were earlier seen heading toward the capital, witnesses said. There are other reports of soldiers out on the streets – and the state broadcaster having been closed off – yet to be confirmed.

A Reuters witness saw two other tanks parked beside the main road from Harare to Chinhoyi, about 20 km (14 miles) from the city.

Soldiers and Tanks are being moved around the capital ‘into position

In an unprecedented step, the head of the armed forces, Constantino Chiwenga, openly threatened to intervene in politics on Monday if the purge of war veterans did not stop.

“We must remind those behind the current treacherous shenanigans that, when it comes to matters of protecting our revolution, the military will not hesitate to step in,” Chiwenga said in a statement read to reporters at a news conference packed with top brass on Monday.

Grace Mugabe, 52, has developed a strong following in the powerful youth wing of the ruling ZANU-PF party.

Her rise has brought her into conflict with the independence-era war veterans, who once enjoyed a privileged role in the ruling party under Mugabe, but who have increasingly been banished from senior government and party roles in recent years.