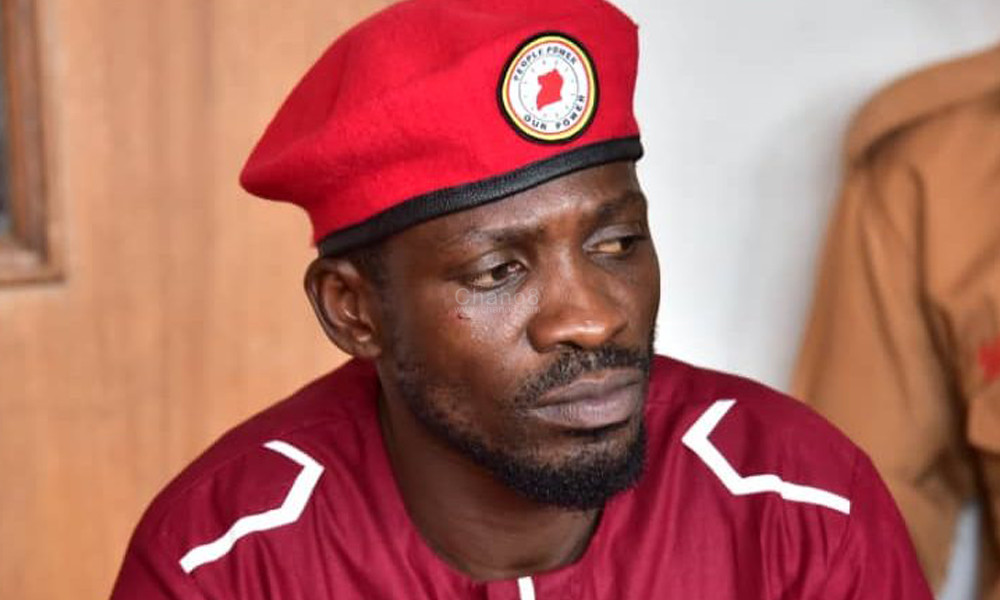 KAMPALA: Riots were witnessed in some parts of Kampala as Kyadondo East Member of Parliament Robert Kyagulanyi Sentamu aka Bobi Wine was remanded to Luzira prison on offenses relating to disobedience of statutory duty.

Kyagulanyi appeared before Buganda Road court Grade one magistrate Esther Nahilya who remanded the legislator to Luzira prison until the l 2nd /May 2019.

This is after his lawyer Asuman Basalirwa reported to court that Bobi Wine’s sureties had been barred from accessing court premises and one of them Hon Francis Zaake was in police custody at Nagalama police station in Mukono.

The singer e arrived at Buganda Road court at 3.45pm and was whisked straight away to the dock before Grade one magistrate Esther Nahilya.

According to the amended charge sheet tendered before court , MP Kyagulanyi faces charges for offences he allegedly committed on 11th/July 2018 at City square within Kampala city where he is said to have held a public meeting without giving notice to any authorized officer or police who would ensure that all participants in his meeting are unarmed and peaceful .

Prosecution contends that Bobi Wine’s actions were contrary to sections 5 and 10 of the public Order Management Act of 2013.

Bobi Wine on Monday pleaded not guilty to the charge. He is jointly charged with four others namely; David Lule, Julius Katongole, Edward Sebuufu and Fred Nyanzi Sentamu.

The five suspects allegedly held the unlawful meeting as they were opposing the newly introduced OTT tax on social media .

However before leaving the court room to go to Luzira, MP Kyagulanyi e told the magistrate that he is neither corrupt nor a murderer but he is being charged and remanded over fighting for people’s rights.

Earlier on Monday Kyagulanyi was arrested by police from Mulago roundabout on his way to CIID headquarters in Kibuli where he was expected to record a statement on charges of inciting violence. He was driven away to Nagalama police station and was later transferred to Kampala to be formally charged.