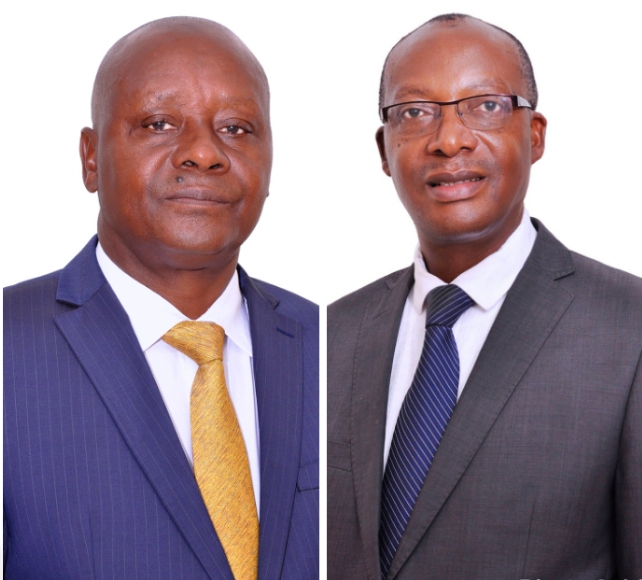 KAMPALA: The Board of Directors of the Public Procurement and Disposal of Assets (PPDA), led by the Board Chairman Julius K. Ishungisa, has abandoned the Executive Director Canon Benson Turamye to carry his cross in the corruption scandal he is currently battling.

Turamye is being investigated by the Inspector General of Government (IGG) Betti Olive Namisango Kamya, over allegations that he might have had a hand in the procurement of prepaid water meters by the National Water and Sewerage Corporation (NWSC) at Shs17Bn, although the contract didn’t show value for money after NWSC bosses failed to show accountability for money.

We have established that after learning that Kamya is bent on pinning him for having turned a blind eye as officials at NWSC flouted PPDA regulations in the impugned purchase of prepaid waters well-knowing that what they were doing was illegal, Turamye attempted to seek protection from the Board, hoping the members would shield him by calling Kamya to order and urging her to abandon the matter.

However, insiders within the institution reveal that all Turamye’s efforts to interest the Board is his corruption scandals have since hit a dead end and hopes of convening an extraordinary Board meeting to discuss the matter have not yielded any fruits.

The insiders reveal that the PPDA Board is ready to let the law take its course such that Turamye can be prosecuted in case he is found culpable in the corruption scandal by the IGG, instead of hiding behind them as a rotten apple, because this will not only tarnish the reputation of the institution but also that of the Board members.

It should be noted that IGG Kamya sparked off panic the PPDA and NWSC offices a few days after she instituted an investigation into how they executed a procurement contract worth Shs17Bn for prepaid water meters and the same was approved by Turamye’s PPDA, well-knowing that such a contract was not only illegal but brought in bad faith and with intent too cause financial loss to government.

On learning that the IGG was closing on him using a report from Whistleblowers who exposed the corruption scandal, Turamye reportedly tried to block the investigation by refusing to cooperate with the IGG’s office and directing his staff to tread cautiously when answering questions being asked by investigators from the IG’s office.

After that move not yielding fruits, Turamye has since resorted to using security operatives to threaten whistleblowers and journalists who exposed the scandal, by calling them on personal numbers with threats to either back off the matter or else suffer the consequences.

However, although many of the journalists and whistleblowers who exposed the financial scandal are currently living in fear for their lives, the IGG Kamya has since vowed to proceed with the investigation with intent to hold whoever was involved in the corruption and abuse of office accountable for their respective actions.