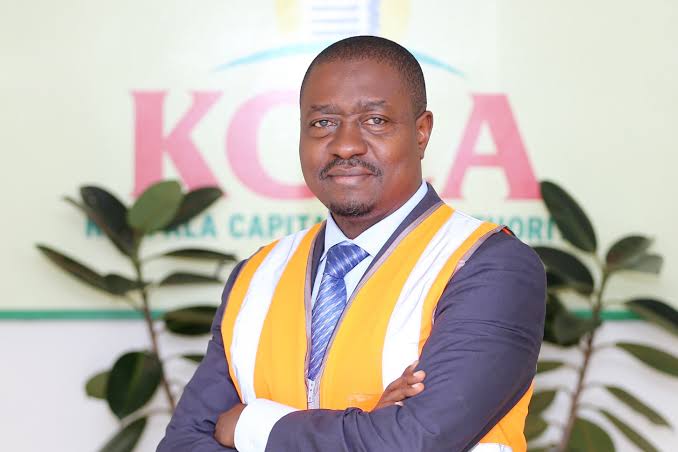 Ms. Kisaka has replaced Andrew Mubiru Kitaka who served for 1 and half years in acting capacity.

“I’m writing to request you to interview for me the following persons and find out whether they are suitable to kan the indicated offices in Kampala Capital City Authority,” the president wrote in a letter to public service commission.

According to KCCA’s employment records, Mr Kitaka is a substantive director of engineering and technical services.

Mr Kitaka was picked on December 20 2018 by the former Kampala minister Beti Kamya as the safe pair of hands to replace Ms. Jennifer Musisi who had resigned the same job.

However officials at KCCA and Public Service Commission have previously queried his tenure as acting executive director, saying that his continued stay in office in acting capacity raises audit queries.

President Museveni Yoweri on Thursday June pointed out that he is not happy with Uganda’s tax to GDP ratio of 14.3%.

He said both KCCA and URA were not doing enough to collect taxes.

He said the low tax collection was due to massive corruption by Uganda Revenue Authority officials that he has since forced out.

“There has been a lot of corruption in URA. That one I have cleaned. We have cleaned that crowd of the corrupt. Like we shall do in other areas,” he vowed.

The said that “we have used integrity hunting to identify the persons mentioned above.

With regard to all the other vacant position at KCCA, the president has directed that they should be filled by advertising, utilising Public Service systems.

OBITUARY: The legacy of Gen. Kasirye Gwanga, the man who feared nothing
We shall not pay Bad black, her service was a donation – MOH