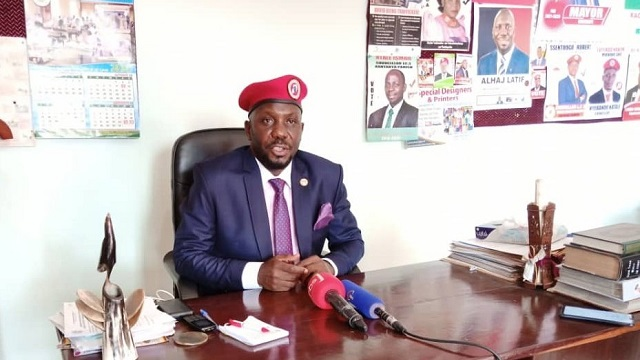 National Unity Platform flag bearer in the Kampala Lord Mayor race, Latif Ssebagala, has stepped down from the race.

Ssebagala cited the need to maintain unity for the good of the opposition.

Ssebagala said: “I remain a member of the National Unity Platform (NUP) and will still give all my support to Hon. Robert Kyagulanyi Sentamu for the presidency.”

The development comes just days after Ssebagala saw off competition from among others, prominent musician Joseph Mayanja also known as Chameleon to the NUP ticket.

He says he will be unveiling a new plan very soon.

Over the last one year, Ssebagala has oscillated from one position to another, leaving people guessing. At the start of 2019, he announced that he would contest for the mayorship of Kampala and made runs on media stations promoting his bid.

Towards the end of the year, he said he had now opted to return to Kawempe North which he has represented since 2001. Two months ago, he said he would not run for the mayorship but last week, he announced that he had chosen to stand for EALA elections. He returned to the Mayoral race and again has abandoned it.

NUP announced over the weekend that it had selected Ssebagala because, among other things, he has name recognition, is an experienced politician, and is loyal to the party head, Robert Kyagulanyi aka Bobi Wine.

Mayanja on the other hand was said to have questionable academic documents while his political experience was lacking.

Yet Mayanja, who had already started laying the ground for the race and had opened a campaign office for the same is not willing to go down without a fight.

Entebbe Airport to reopen for tourists on October 1
One Moroto Prison escapee shot dead, another killed by mob