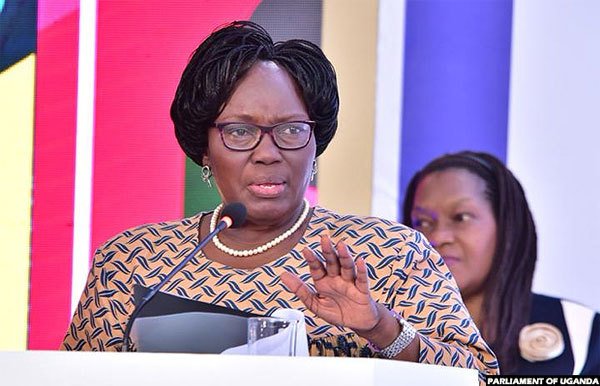 Speaker of Parliament Rebecca Kadaga has been nominated for the position of 2nd National Vice Chairperson (Female) of the ruling National Resistance Movement (NRM) party.

Her nomination for the position effectively opens up a tough contest with her rival, State Minister for Lands Persis Namuganza who has also expressed interest in the same position.

Kadaga and Namuganza’s conflicts started in 2018 at a function to launch boreholes in Namuganza’s Bukono Constituency, Namutumba District, where the minister reportedly told off Kadaga and Busoga king Gabula Nadiope to concentrate on ‘fighting jiggers in Kamuli’, which to her are a serious threat than ‘poking their noses’ into Namutumba affairs.

Kadaga along with the Kyabazinga of Busoga, William Gabula Nadiope IV had earlier gone to Bukono constituency and installed a chief without her knowledge, which to the latter was an insult.

In response, Namuganza rallied her voters in Bukono to use stones and sticks to chase away the Kyabazinga if he ever goes back to that area in her absence and warned Kadaga to back-off matters of Bukono and Namutumba district generally.