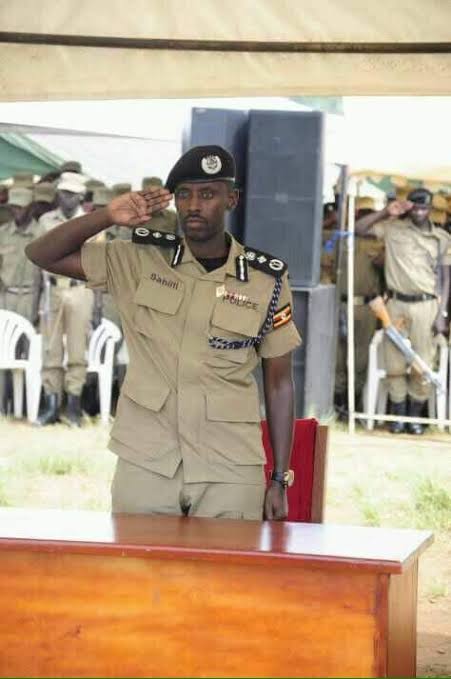 KAMPALA: President Museveni yesterday replaced the Deputy Police boss, Maj Gen Sabiiti Muzeyi with Maj Gen Paul Lokech, who has been on a special assignment to monitor the demoblisation and integration of South Sudan troops.

The dropping of Gen Sabiiti Muzeyi from the position of Deputy Inspector General of Police is part of President Museveni’s response to the operational mistakes in the shootings that followed the arrest of opposition presidential candidate Robert Kyagulanyi, aka Bobi Wine, Daily Post has learnt.

In the same reshuffle Museveni also reappointed his son Lt Gen. Muhoozi Kainerugaba, as commander of the Special Forces Command, an elite unit that guards the President. Gen Kainerugaba last held the position in 2017.

And now, sources privy to the workings of the military and the High Command have exclusively intimated to Daily Post that the President, perturbed by the shootings that saw 54 people killed and thousands injured, chose to “sacrifice” Gen Muzeyi, whom he said should have been in control of the situation when riots broke out in different parts of the country on November 18 and November 19 following the arrest of Bobi Wine.

During the attempts to quell riots, several armed men in civilian attire were seen on streets shooting at unarmed protests, some bystanders on the roadsides.

While the President has consistently condemned the rioters, referring to them as homosexuals supported by foreign backers, the use of live ammunition against the protesters left him annoyed, sources revealed.

“As a senior army officer in police, the President expected him to do better, The President wondered where the anti-riot police was when the riots broke out. These could have handled the matter instead of the armed men from other security agencies with guns,” the source said.

Asked by the IGP, John Martins Okoth-Ochola, was spared, the source added: “The big man first deals with his soldiers, civilians come later.”

In the letter announcing the new appointments, Gen.Museveni said: ‘I congratulate UPDF for defeating traitors with their foreign backers. Police must defend Ugandans from lawlessness. Any Police person who doesn’t do this, must leave Police, there are thousands ready to replace them.’

And according to the source, this statement is precipitated by the feeling within the High Command that Bobi Wine’s arrest could have been handled better to avoid the resultant protests that claimed lives.

Sources further revealed to this website that the President believes that those who arrested Bobi Wine did it harshly to discredit the government. Bobi Wine was picked up by a team of police officers led by Frank Mwesigwa, the Zonal Commander overseeing elections in Busoga and Bukedi regions while addressing a mini-rally at Luuka district headquarters.

This claim of officers working to discredit government was recently made by The Minister for Presidency ,Ms Esther Mbayo. While opening a two-day workshop on monitoring and evaluation of government projects in Masaka City last month, said: “It is an open secret that some security personnel are fighting this government from within. They have been compromised by the Opposition, but we are working around the clock to weed out those bad elements because we know them.”

After two days of protests in different parts of the country, some 54 men, women, and children had been killed. Some sources, however, put the death toll at 84, including those who succumbed to bullet wounds in the days that followed.

The President promised compensation for families whose loved ones were killed.