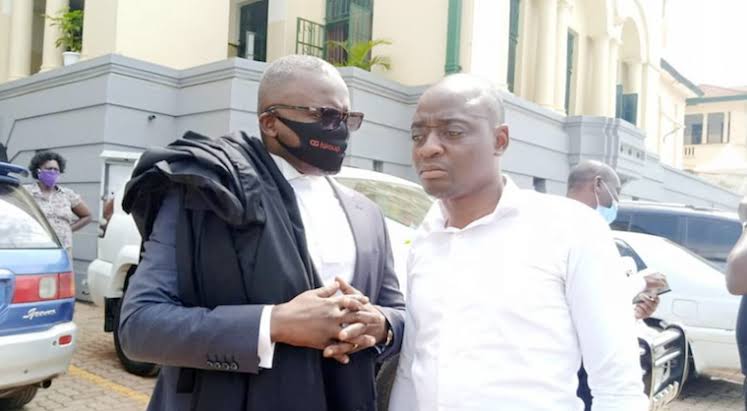 According to three justices of the Court of Appeal; Richard Buteera, Kenneth Kakuru and Christopher Izama Madrama, a lower court erred when it failed to hear and determine the case based on its merit.

They faulted Commercial Court Judge, Henry Peter Adonyo of having erred when he ruled that DTBK required approval from Bank of Uganda to issue credit facilities in Kenya to Ugandan entities.

The learned trial judge erred in law in finding that it is illegal for a foreign bank using ‘money held on deposit’ whether within Uganda and or outside it to engage in activities, such as lending and extending credit facilities to Ugandan entities without authorization of Bank of Uganda.

“I know of no law that makes it illegal for a Ugandan citizen or a foreigner resident in Uganda to borrow or pay back money borrowed from a foreigner or a foreign institution, bank or any other organisation unless the transaction involves the perpetuation of a criminal offence such as terrorism, money laundering and human trafficking or any other offence,” justice Buteera ruled further adding that “A loan agreement with a foreigner or foreign entity whether the contract is executed within Uganda or outside Uganda would be enforced by a Ugandan court in accordance with the terms of the agreement between the parties, the laws of the respective countries in which the agreement is made and or is executed and International Laws and obligations as applicable in the respective countries.”

He concluded by saying that since his colleagues agree, “this appeal succeeds. The judgement of the trial judge is set aside. The respondents are to bear the costs of this appeal.”

Between 2011 and 2016, Kiggundu borrowed money from the two commercial institutions to the tune of Shs41 billion to finance his real estate business. He willingly signed the loan agreement with DTB-Kenya. This loan was syndicated because DTB Uganda did not have all the money Kiggundu needed. DTB Uganda had to approach its affiliate in Kenya- DTB Kenya to raise the money for Kiggundu, even though Judge Henry Peter Adonyo in his ruling stated that it contravened the Financial Institutions Act, 2004.

Following the ruling, Kiggundu the proprietor of Ham Enterprises and Kiggs International Limited, would go into early celebrations, but the celebrations were cut short by Dr. Zeija, giving a leeway for DTB-Uganda to appeal against the high court ruling that was castigated by many players in the business community as well as the general public.

The Principal Judge issued an interim order staying the execution of the ruling by Judge Adonyo of the Commercial Court Division. Judge Adonyo’s ruling was that; DTB Kenya illegally carried out business in Uganda without having a licence from Bank of Uganda (BoU) as required by law; that DTB Uganda should refund all the money it had debited from Hamis Kiggundu’s accounts and that DTB- Uganda should unconditionally return all Kiggundu’s mortgaged properties after cancelling the loan mortgages; that DTB-Uganda should pay damages with 8 per cent interest as well as costs of the suit.

Kiggundu wanted to be paid Shs120 billion unfairly after he did his own private audit of the bank accounts but interestingly, the independent audit agreed on by the two sides was ignored by Judge Adonyo even though he had earlier okayed it. It surprised many legal professionals in Uganda.

The battle between the two worrying sides was joined by other members of Uganda Bankers’ Association (UBA) who castigated Judge Adonyo’s ruling as a dangerous precedent that could harm the whole financial sector and the economy of Uganda at large.

The bankers said they have already offered syndicated loans worth over Shs5.7 trillion to Ugandan registered entities and that Judge Adonyo’s ruling puts that money at risk. They say it might also prompt other borrowers of such loans, to file similar suits to evade repayments. This would put the loan syndication business in Uganda, at a risk.

Ham vs DTB: Tycoon Ham Kiggundu engulfed in panic as Court of Appeal sets tommorow for a landmark ruling
DTB Lawyers speak out on court victory against HAM, optimistic of winning main suit